Pakistan fans will be hoping that India defeat England in their Cricket World Cup fixture, as it will increase Sarfaraz Ahmed's chances of making it to the semi-finals. Meanwhile, a fan also sang India's national anthem. 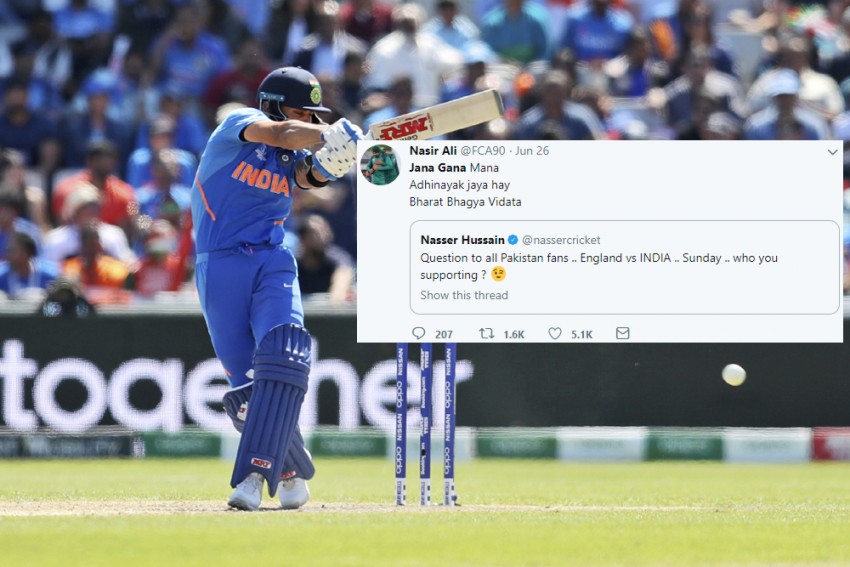 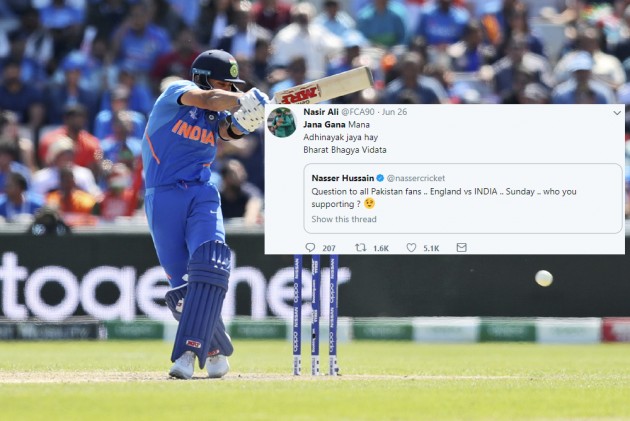 With India set to face England in the ongoing Cricket World Cup, Pakistan cricket team fans have decided to cheer for the Men in Blue. Such a surprising move is being done as a loss for England increases the Green Army's chances to qualify for the semi-finals. Meanwhile, a fan also sang India's national anthem.

Former England captain decided to ask Pakistan fans via Twitter, "Question to all Pakistan fans .. England vs INDIA .. Sunday .. who you supporting?”

Question to all Pakistan fans .. England vs INDIA .. Sunday .. who you supporting ? ðÂÂÂÂÂÂÂÂÂÂÂÂ

The question sent fans into a Twitter-fest, where many revealed that they would be supporting their eternal rivals.

We are supporting India because we will beat them in Semi- Final or Final like the way we did in 2017 Champions Trophy.

Is that even a question? pic.twitter.com/CenAXF1A47

Although, Sarfaraz Ahmed's side had a poor start (three defeats in first five fixtures), Pakistan have bought themselves back on track, after wins against Afghanistan, South Africa and New Zealand. Meanwhile, England have had two consecutive defeats (Sri Lanka and Australia) lately, and need to win their next two games to progress to the semi-finals.