OPINION | Australia Look Like A Real Threat At This World Cup At Just The Right Time: Allan Border

Australia beat New Zealand by 86 runs at Lord’s to move onto 14 points from their eight games and Allan Border is sensing another Aussie World Cup triumph. 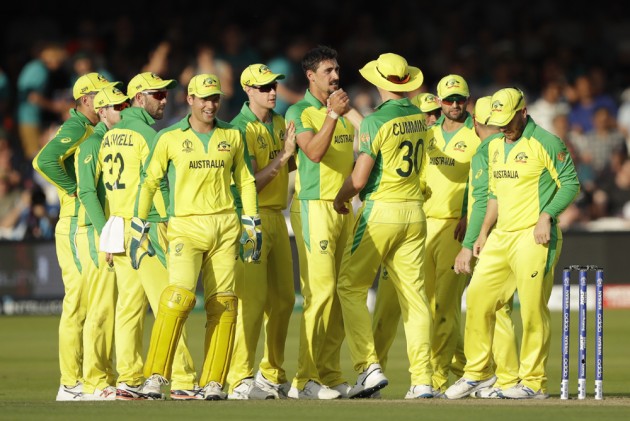 After a gentle start, Australia now look the real deal and the win against New Zealand has brought back that old familiar feeling that often leads to a World Cup trophy. This was a very impressive win because they did it the hard way. In this tournament, they have relied on Aaron Finch, David Warner and Steve Smith at the top of the order to get runs but all of a sudden, they had to dig deep - and to come through that is a very good sign.

I did not think Usman Khawaja was very fluent but he did well to hang in there for his 88 and New Zealand will feel frustrated that they had a couple of missed opportunities. Their fielding was not perfect, even though Martin Guptill took a stormer to get rid of Smith.

We have seen some amazing catches in this tournament but that is out of the top drawer. At that stage it looked grim but step forward Alex Carey. He looked like he was batting on a different surface to everyone else out there.

He struck the ball beautifully on both sides of the wicket and hit some nice cover drives, which we did not see much of from anyone else. He is without doubt my man of the match because, without him, Australia would not have got 150.

He has turned a few heads in this tournament with his reliable performances. There were a lot of doubts before, critics asking if he was truly our best option. Should we have gone for Matty Wade or Tim Paine? But he has grown in confidence and it has been nice to watch. Today, it looked like he was batting on a belter whereas the likes of Finch, Warner and Smith all struggled.

New Zealand must be amazed. It cannot be often that you get a hat-trick, see Smith, Finch and Warner in the shed cheaply and take a catch like Guptill did and still be on the wrong end of the result. That says a lot about Australia right now.

Australia’s score was below par but with the pitch drying out, I thought we were in for a thriller. But Mitchell Starc then did his usual thing and finished with a five-fer.

He had a break from the game with back injuries and different ailments before the tournament but he has got a fantastic rhythm going here and is clocking some serious pace, comfortably over 90mph, which is why he is miles ahead of the rest in the leading wicket-taker column.

You would have to pick him in your all-time Australia ODI side because of what he does in the big games. There are lots of other options out there but in the big games, he stands up. He has come to the boil at the perfect time and Australia now looks a strong contender to win it, which is unbelievable when you look at how they were struggling six months ago.

And that is before the likes of Glenn Maxwell and Marcus Stoinis have really caught fire in the middle order. They are the sort who could go bananas and win a final on their own.

I am really confident with where this team is at. India and England demand massive respect too and you can never count your chickens - but that old familiar feeling is definitely back.