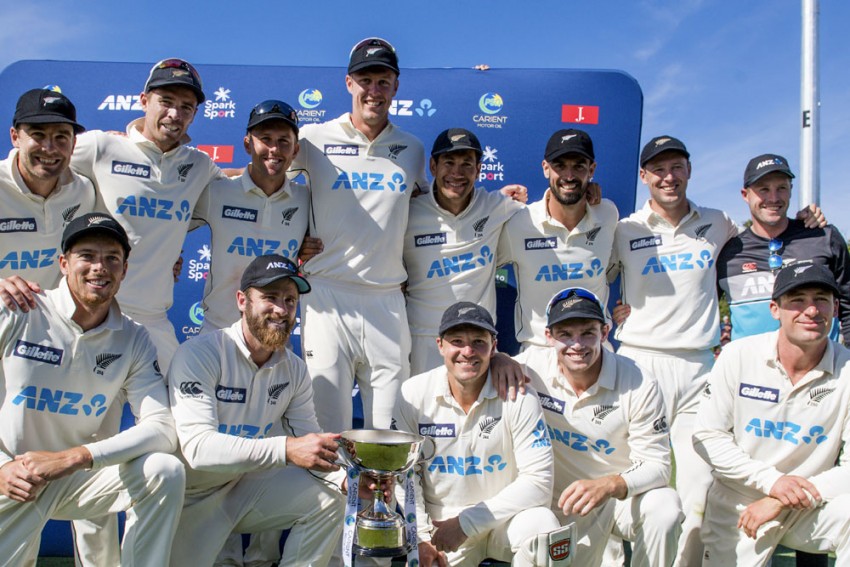 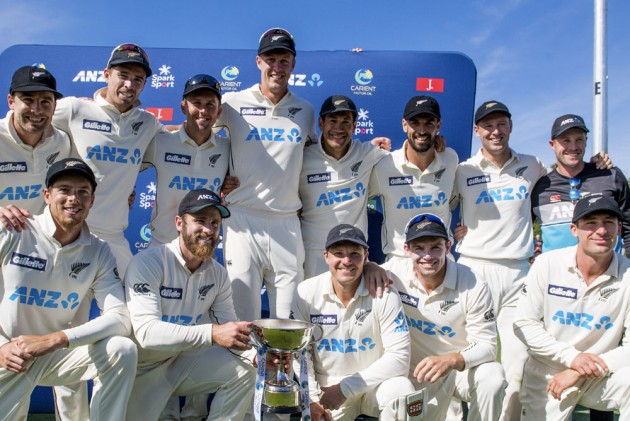 Kyle Jamieson inspired New Zealand to a comprehensive win over Pakistan in the second Test in Christchurch. (More Cricket News)

Jamieson took 6-48 in the second innings, and 11 wickets for the match, as the Black Caps wrapped up victory by an innings and 176 runs on day four at Hagley Oval on Wednesday.

Azhar Ali (37) and Zafar Gohar (37) provided the most resistance as the tourists had no answers to Jamieson and Trent Boult (3-43).

Only Richard Hadlee (15 against Australia in 1985) and Daniel Vettori (12, twice) have taken more wickets in a single Test for New Zealand than Jamieson's 11.

Kyle Jamieson has six! The first time he's done it in a Test innings and his fellow bowlers love it at Hagley Oval. Pakistan 145-8 as Shaheen replaces Faheem Ashraf who was caught by BJ Watling for 28. Follow play LIVE in NZ with @sparknzsport #NZvPAK pic.twitter.com/E2c8scR6Tm

Pakistan resumed at 8-1, still trailing by 354 runs, before Mohammad Abbas (3) fell early after edging Boult behind to BJ Watling, and wasting a review.

Substitute fielder Will Young then took a spectacular one-handed catch diving to his right at point to remove Abid Ali (26) off Jamieson.

Haris Sohail (15) and Azhar edged Jamieson behind to leave Pakistan at 88-5 and the Black Caps well on track for victory.

Mohammad Rizwan (10), Fawad Alam (16) and Faheem Ashraf (28) provided limited resistance before Gohar's late hitting, with Kane Williamson – who made a double century on Tuesday – chipping in with a wicket.