Batting for the first time in his short ODI career, Navdeep Saini hit 45 off 49 balls to give India a fighting chance against New Zealand in the must-win second match 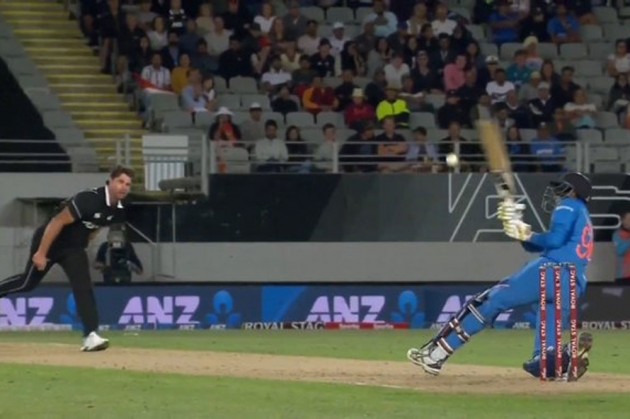 Navdeep Saini played the knock of his life to give India a fighting chance in the must-win second ODI against New Zealand in Auckland on Saturday.

Batting for the first time in his short ODI career, the 23-year-year from Karnal in Haryana, hit 45 off 49 balls with the help of five fours and two sixes, including successive fours off Colin de Grandhomme in the 44th over.

He was bowled by Kyle Jamieson, off the third ball of the next over, after hitting a six.

He and Jadeja resurrected the Indian innings with a 76-run stand.

Here are some fan reactions:

Well done Saini..Good to see some resistance from lower order

The way Navdeep ðÂÂÂÂÂÂ saini was playing today,so much impressed by him.The reason why I wanted him to play the first match.Absolute surprise package âÂÂ¤amazing showcase of talent by him.#indvsnz

Navdeep Saini used to earn 200 Rs playing tennis ball matches ,then Gautam gambhir saw him to bowl in the nets of Delhi ground ,gave his all efforts to select Saini for Delhi Ranji team and now Saini showed he can make India proud both with ball and bat.#NZvIND pic.twitter.com/YY07ojgB6u

Earlier, India won the toss and opted to bat first.