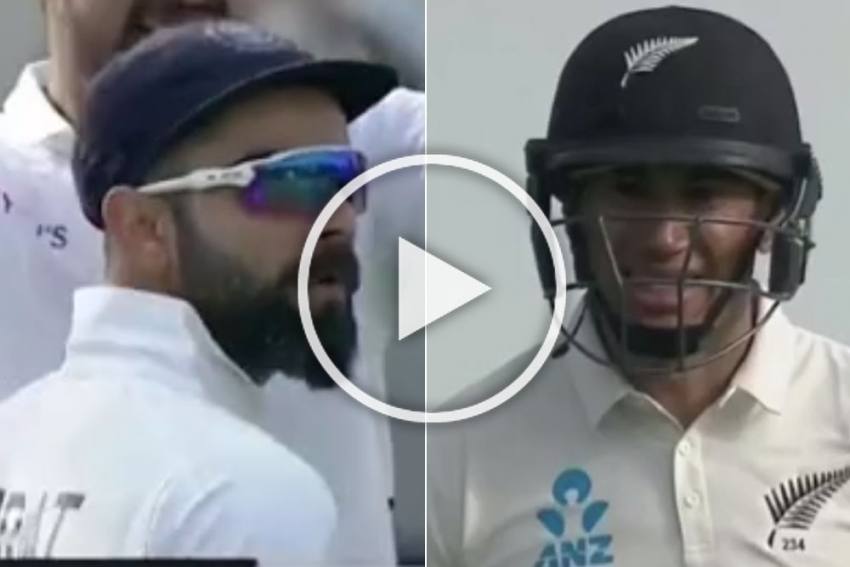 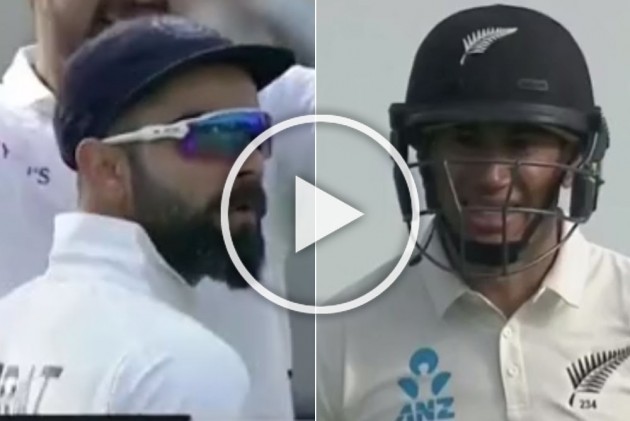 As India continued to fight back against a dominant New Zealand in the first Test, captain Virat Kohli showed his aggressive side while sending off Ross Taylor on Day 2 at basin Reserve, Wellington.

On Saturday, Ishant Sharma had Ross caught at square leg by Cheteshwar Pujara. Ross, who made 44, got an earful from the Indian captain as he walked back to the pavilion.

Watch it here. No sound required, it's 'Ben Stokes'!

Kiwi veteran is playing in his 100th Test match.

What happened on Day 2?

After another lower-order collapse that saw India get bundled out for 165, then conceded a 51-run lead with three days' play left.

Sharma, who claimed three wickets, helped India remain in the contest even as Kiwi captain Kane Williamson played a majestic knock of 89 runs.

New Zealand will resume Day 3 on 216/5 with BJ Watling and Colin de Grandhomme unbeaten on 14 and four runs respectively.

Bengaluru FC Vs ATK Live Streaming: When And Where To Watch Indian Super League Football Match