Rishabh Pant got out after a massive mix up with Ajinkya Rahane on Day 2 of the first Test against New Zealand at Basin Reserve, Wellington on Saturday 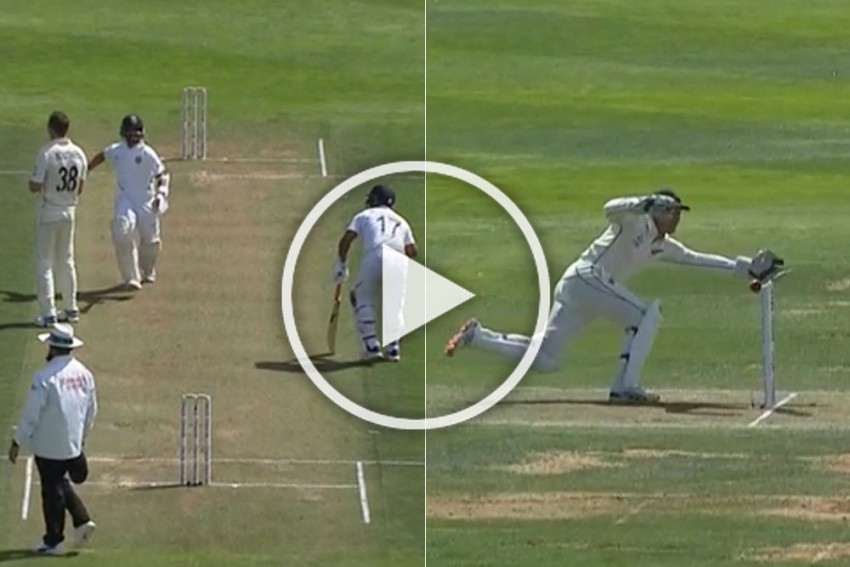 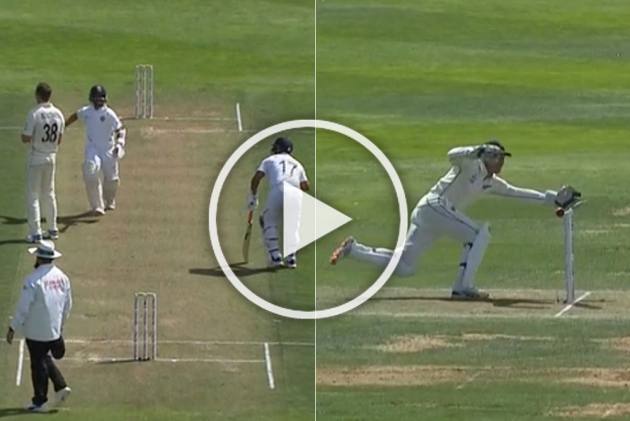 After a promising start to his knock, Rishabh Pant got himself out after getting caught ball watching while responding to a quick call from Ajinkya Rahane on Day 2 of the first Test against New Zealand at Basin Reserves, Wellington.

Resuming on 122/5, Pant hit the first six of the match, off the fourth ball of the day bowled by Ajaz Patel over deep mid-wicket. And he was looking in good nick. But in the 59th over, he was involved in a massive mix up with Rahane, who wanted to take a quick single off the second ball.

Rahane played to backward point, where Patel fielded the ball and his throw just managed to clip the bails even as Kiwi wicketkeeper BJ Watling made a disparaging dive to collect the ball. Pant, who responded to the call, showed disinterest and stopped for a while then continued. Pant made 19 off 53.

This was the first run-out involving Rahane in a Test match, but fans blamed him for ending Pant's knock.

So looks like Pant’s run out is the first time Ajinkya Rahane has involved in a run out dismissal in his Test career of 63 Test matches! @MazherArshad #NZvInd https://t.co/qgHarxW LvH

- Had to sit in the bench for 1 month without a single game.

- Plays first match after a month in a green pitch. Starts really well.

- Only to sacrifice his wicket for Rahane in run out

Unfortunate for Pant.
He is run out because of Ajinkya Rahane.
He was playing well.

The last thing you want at 132/5 is a run out. Casual nonchalance running by Rahane and it ends up consuming Pant. It's exactly such mistakes which are generally the compass of which way the proceedings are heading.

The very next ball, Tim Southee produced a beauty to clean up Ravichandran Ashwin's off-stump. Before this match, he has batted 105 times in Test.

Rahane himself didn't last long. Southee had him caught behind off the third ball of the 63rd ball. He made 46 off 138.

India were eventually dismissed for 165.