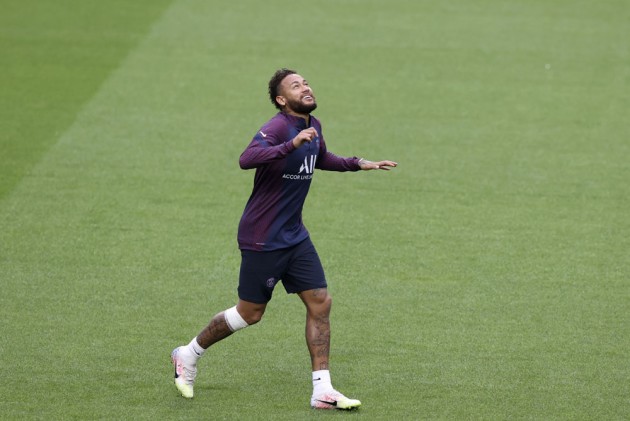 Thomas Tuchel is convinced Neymar will play a pivotal role for Paris Saint-Germain against Atalanta in the Champions League quarter-finals on Wednesday. (More Football News)

Neymar was on target in both legs as PSG dispatched Borussia Dortmund in the last-16 and has been in fine form since returning to action after Ligue 1 was cancelled amid the coronavirus pandemic in April.

The Brazil international scored in warm-up friendlies against Le Havre, Waasland-Beveren and Celtic before notching the winner in the Coupe de France final against Saint-Etienne.

Tuchel is banking on Neymar again coming to the fore, particularly with Kylian Mbappe set to be limited to the role of substitute following an ankle injury sustained in the meeting with Saint-Etienne.

"I have the impression there's always a lot of pressure on Neymar. You can't imagine the pressure that's on Ney. But he is a lad who likes that, who's used to playing with that pressure," Tuchel told his pre-match news conference on Tuesday.

"We're glad he has the possibility of finishing the match with Kylian [as] they like playing together a lot.

"I'm absolutely convinced he will put on a big performance and that he holds the keys for us, he has the mentality for situations like this."

The squad travelled to Lisbon for the Champions League finale following a short training camp in Faro and Tuchel believes they are ready for the challenge of knockout football.

"It is hard to play against Atalanta. It is a huge challenge but there are always possibilities," he said.

"It will be a tactical game, but also a mental game. Our latest training sessions were a good mix of concentration and team spirit. We suffer together, but we also fight and play together.

"We all have the feeling we've prepared in the best fashion. For us it was really important to win the two finals.

"It wasn't easy to restart after a four-month pause and then four weeks' preparation to play two finals as the big favourites. That was a big challenge mentally for the players but to win was the best preparation for this tournament."