India defeated New Zealand via Super Over to take an unassailable 3-0 lead in the five-match series. Rohit Sharma smashed consecutive sixes in the final two balls of the eliminator to lead the visitors to their maiden T20 series win in New Zealand. 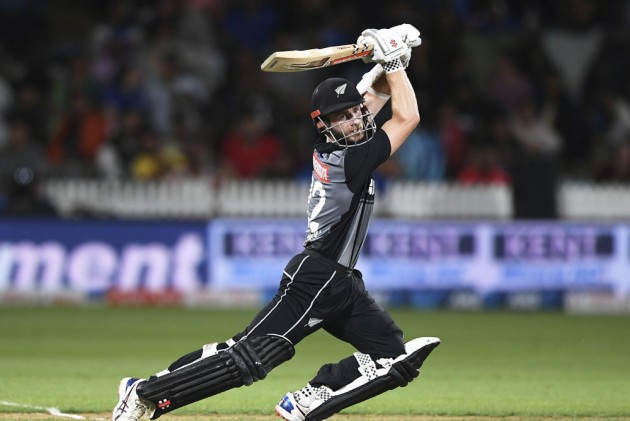 India defeated The Back Caps via Super Over to take an unassailable 3-0 lead in the five-match series. Rohit Sharma smashed consecutive sixes in the final two balls of the eliminator to lead the visitors to their maiden T20 series win in New Zealand.

The defeat brought back memories of the 2019 World Cup final, which New Zealand agonisingly lost to England on boundary count.

"Super Overs aren't really our friends. To be honest we would have liked to get across the line earlier and not in the Super Over. It's just a shame that we couldn't get past the line," said a disappointed Williamson at the post-match press conference.

"It is pretty disappointing to be on the wrong side of the result after doing a lot of hard work. (But) There was a lot of improvement after the first two games.

"If we reflect on the match, then it was a brilliant game. India had a good total on that surface and they did well with the ball because it was taking some turn as well. The guys fought back nicely after the start India got with the bat. And we were able to build partnerships and take the game deep," he added.

Asked about yet another disappointing outing in the Super Over, the New Zealand skipper said: "In my opinion we shouldn't have them (jokingly). Look it is what it is. It's good fun. We had a full house at midnight, which is really cool. It's good entertainment.

"I am probably not the person to ask as we came second in the Super Over tonight like a few other times. So it was not ideal but people have enjoyed that, and that's fine."

Williamson was especially harsh on Jasprit Bumrah (0/45), who had an off day and then was expensive in the Super Over as well.

"You are just trying to do what is required for the team, as best you can, and there are a number of other contributions that are really important," Williamson said.

"Starting on that surface was quite challenging. Everybody found so but once you got in then you try to get a bit of rhythm and the partnerships were the most positive thing of that run-chase. Overall it was a much better performance."

Williamson, however, said he didn't have any specific plan against Bumrah.

"No, not really targeting him (Bumrah), it was just that we need 10s (per over). There are big challenges that we have seen in every game but I guess you are trying to do the best and keep up with the asking rate."

"Maybe ask AB (de Villiers) or other superstars (how to play Bumrah), but for me I was just trying to look for areas on that surface. It doesn't always come off but it was nice that we were able to get so close without quite getting across the line," he added.

Williamson believes New Zealand has made progress in the T20 format, especially after losing the first two games in Auckland.

The next two matches of the series will be played in Wellington and Mt Maunganui within the next four days.

"The second game in Auckland wasn't our best game, it was a tough surface and the T20 format is a game of small margins," he said.

"As we have seen throughout these and other couple of games, India's experience helped them to come through some crunch moments. But it is a game of small margins so we want to learn from this and use this experience to get better.

"Yes it was close and an emotional roller coaster. But we have to keep moving our focus forward. We know the quality of the Indian side but for us it is important to keep moving as a group," he signed off.