Three weeks back, Ishant Sharma was all but out of New Zealand series after suffering multiple ligament tears in his right ankle during a Ranji Trophy game but travelled for 24 hours and arrived here 72 hours before the start of the first Test. 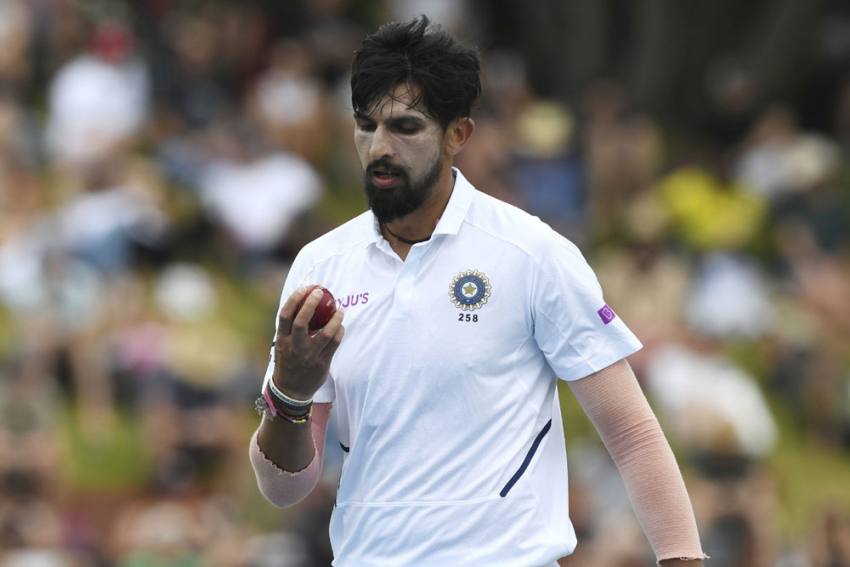 According to Ishant Sharma, he didn't even think about playing the Test match, when he had sustained a freak injury.
AP
PTI February 22, 2020 00:00 IST New Zealand Vs India, 1st Test, Day 2: Anything For Team, Says 'Sleep Deprived' Ishant Sharma 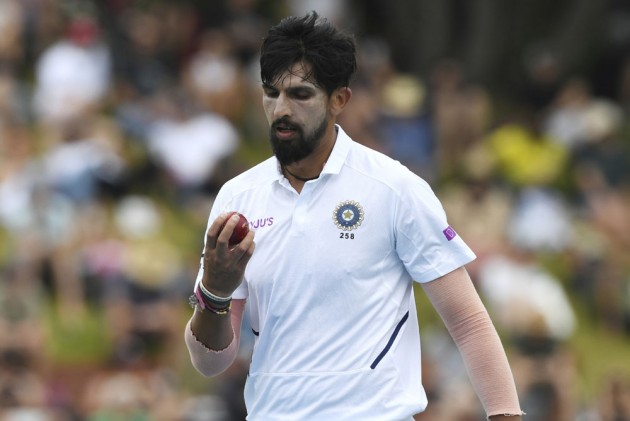 Speedster Ishant Sharma slept barely four hours in the past two days but kept India in the fight with three New Zealand wickets in the first Test even as he struggled hard to deal with a "jet-lag".

Three weeks back, the veteran of 96 Tests was all but out of New Zealand series after suffering multiple ligament tears in his right ankle during a Ranji Trophy game but travelled for 24 hours and arrived here 72 hours before the start of the first Test.

"I am not happy because I have not slept for two days and I was struggling a lot today (with my body). The way I would have liked to bowl, it did not happen. They asked me to play and I played. Anything, for the team," said India's senior-most player.

His uneasiness was the lack of sound sleep that made him struggle on a track that is getting slower and a kookaburra ball whose seam can go soft after 40 overs.

"The more you can recover (from jet lag), the better effort you can put in on the ground. There's no better recovery than sound sleep. The sounder your sleep is, the better your body will respond on ground," the lanky fast bowler said.

According to Ishant, he didn't even think about playing the Test match, when he had sustained a freak injury.

"All credit goes to NCA support staff as they worked really hard with me. We never really thought I have to play a Test because my MRI shows I had a complete ligament tear, not one but two tears. People said 'he is out for six weeks'," he recalled.

Ishant said he started his rehabilitation with an open mind.

"I didn't have any target that I have to play a Test. I thought 'okay, if it's possible to play, I will play but if it's not, there's hardly anything I could have done'. Because the way I got injured, I don't think it had happened with anyone. But if you are destined to get injured, you can slip in toilet too," he said, as everyone had a laugh.

Asked when he felt he could give it a push for New Zealand tour, the speedster said he bowled 21 overs in two days at NCA in Bengaluru to test his fitness.

"I bowled 21 overs in two days at NCA and I got to know I am fit and that's why I came here and bowled one and half hours to check if I am alright. After travelling for almost 24 hours, it took a big toll on the body."

On the situation of this match, Ishant said at the start of the second session, it became difficult as the pitch had eased out.

"It was not reversing. Actually, nothing was happening. I was not holding the ball on seam and trying different things. Kookabura after 40 or 50 overs, seam really gets soft, so you need to come hard and hit the length very hard. I started bowling cross seam," he said.

"Actually, wicket became slow. It had tennis ball bounce at the start but when we bowled, there was no seam movement. Also for first timers, problem in Wellington is getting used to wind which is a big factor. People actually have little idea how to bowl with or against wind."

With New Zealand ahead by 51 runs and India still needing to get five wickets, Ishant is hopeful the team can make a comeback.

"We have confidence that we can make a comeback. That has been the speciality of this team."