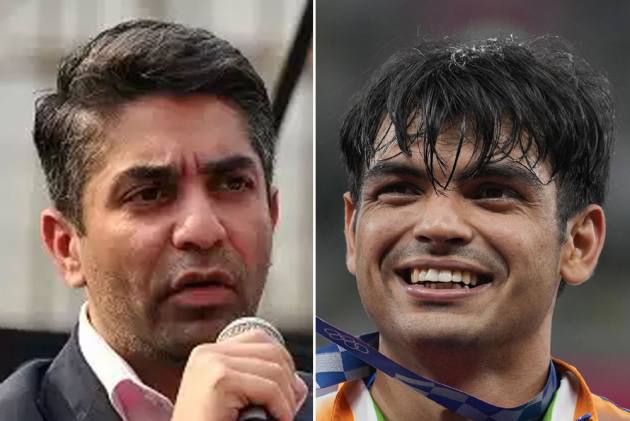 He thanked Bindra, the country's first individual gold medallist at the Olympics, for instilling the belief that Indian athletes can finish on top at sport's biggest stage.

Chopra joined Bindra in a now exclusive two-man gold club after he ended up on top in the men's javelin throw final with a best throw of 87.58m here on Saturday.

"It always feels great that he was the lone gold medallist in an individual sport for India. Everyone looks up to him. So I joining him today is like a dream for me. We used to think that Abhinav Bindra has achieved such a great feat.

"Standing alongside him today is a great feeling. He has opened us to that thought of winning gold at Olympics. So he has contributed immensely," Chopra said.

A delighted Bindra congratulated Chopra for winning the first gold medal in athletics in Olympics.

"Dear @Neeraj_chopra1, thank you for your kind words but your victory is due to your hard work and determination alone. This moment belongs to you! Enjoy and savour it!!!"

Bindra, the first Indian to win an individual Olympic medal, took to social media to congratulate Chopra and welcome him to the exclusive club.

Chopra threw the javelin 87.03m in his first throw and bettered it with 87.58m to seal the contest in his favour.

Bindra bagged the top prize at the 2008 Beijing Games when he won the 10m air rifle shooting event.