The Brooklyn Nets' eight-game winning streak ground to a halt at the hands of Luka Doncic and the Dallas Mavericks, who triumphed 115-98 in the NBA. 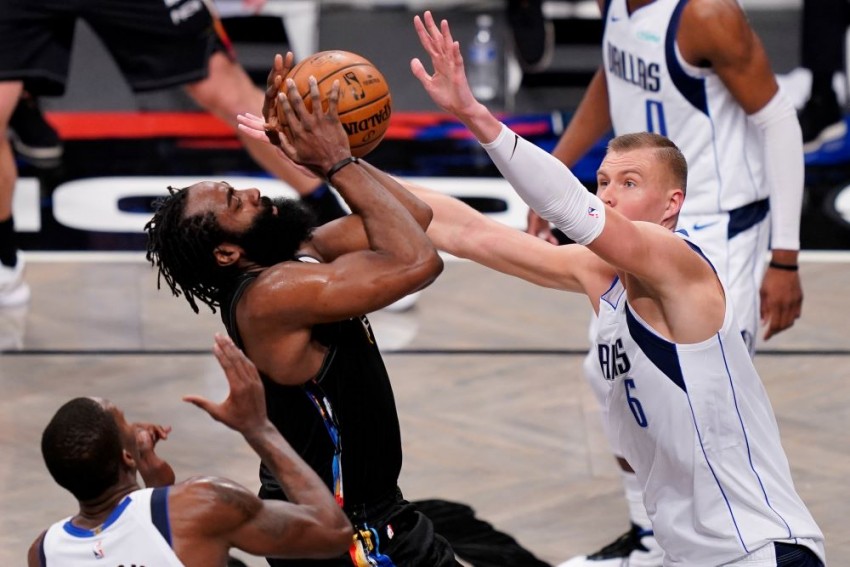 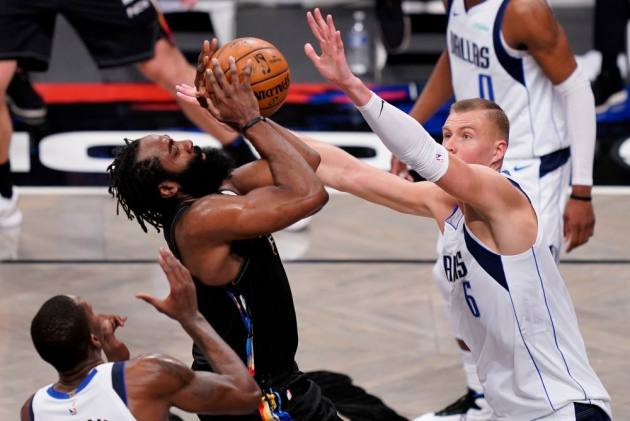 The Brooklyn Nets' eight-game winning streak ground to a halt at the hands of Luka Doncic and the Dallas Mavericks, who triumphed 115-98 in the NBA. (More Sports News)

Their absence proved too much for James Harden to carry, with the MVP candidate finishing the game on the bench in his casuals as the Mavericks won comfortably.

Harden scored 29 points, with seven rebounds and six assists for Brooklyn, who were jumped by the Mavs in a 38-26 opening quarter.

Despite the Nets closing to within four points at half-time, the Mavericks were never headed, led by Doncic – the All-Star posting 27 points, six rebounds and seven assists.

Doncic won special praise from Harden post-game, who said: "He never lets anyone speed him up, and he gets what he wants. We all know he has a very, very bright future. The Mavs got a special one."

The result leaves the Nets 22-13 in the Eastern Conference, while the Mavericks remain in playoffs contention with a 16-16 record in the west.

Joel Embiid erupted for 42 points and 13 rebounds, but the Eastern Conference-leading Philadelphia 76ers were upstaged by the Cleveland Cavaliers 112-109 in overtime. It was just Philadelphia's third home defeat of the season in 17 games.

NBA leaders the Utah Jazz returned to winning ways with a 124-109 victory against the Orlando Magic. Donovan Mitchell fuelled the Jazz (27-7) with 31 points, including 25 in the second half, while Rudy Gobert contributed a double-double of 12 points and 16 rebounds. Nikola Vucevic had a game-high 34 points for the Magic in Orlando.

It was a memorable outing for Bradley Beal and head coach Scott Brooks in the Washington Wizards' 128-112 success at home to the lowly Minnesota Timberwolves. Beal put up 34 points – his 20th performance of 30-plus points in 29 games played this season. Per NBA history, only Allen Iverson, Carmelo Anthony and Harden have managed that many 30-plus performances in the first 30 games of a season. Scott, meanwhile, celebrated his 500th win as a head coach. Wizards star Russell Westbrook (19 points, 14 rebounds and 12 assists) finished with a triple-double.

Nikola Jokic (19 points, 11 rebounds and 13 assists) had his eighth triple-double of the season as the Denver Nuggets crushed the Oklahoma City Thunder 126-96.

It was a forgettable game for Philadelphia's Seth Curry, who finished with four points in 39 minutes. Curry was just one-of-13 from the field, making one of seven from beyond the arc.

Ben… from beyond the arc

It is not often Ben Simmons attempts a three-pointer, let alone make one. But the 76ers All-Star hit his fourth career three on Saturday. Simmons finished with 24 points on 11-of-17 shooting from the field, while he was 100 per cent from three-point range.

Giannis Antetokounmpo's Milwaukee Bucks (20-13) host the Los Angeles Clippers (24-11) in the pick of Sunday's action, while the Golden State Warriors – on a three-game winning run - and defending champions the Los Angeles Lakers meet in an all-California clash.