MS Dhoni holds the honorary rank of Lieutenant Colonel in the Territorial Army. Following the 2019 World Cup semifinal loss, he trained with the Parachute Regiment for more than a month 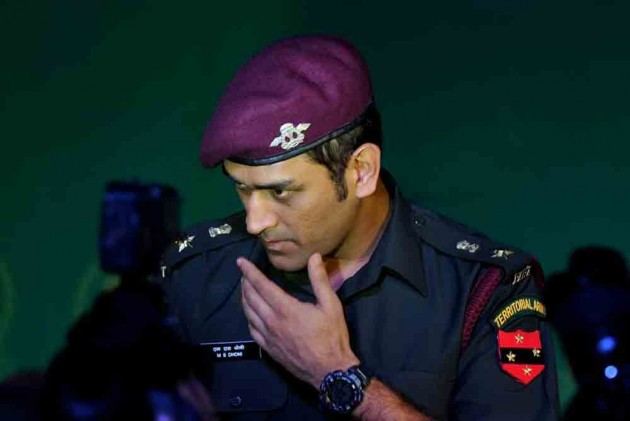 Mahendra Singh Dhoni will be spending a lot more time with the Territorial Army now that he has retired, said friend and business partner Arun Pandey on Sunday, rejecting talk of his brand value going down due to the decision. (More Cricket News)

Pandey saw the retirement announcement coming after this year's T20 World Cup, which was postponed to 2022 last month, but only Dhoni knew that it would come on Independence Day.

"I was aware that he would do it soon but did not know the exact timing. Anyway it was for him to decide. He had started IPL preparations but it was postponed and then the T20 World Cup was postponed, he thought to be mentally free," Pandey told PTI day after Dhoni's unexpected announcement on Saturday.

READ: Dhoni Is The Leader That A Youngster Wants To Have, Says Kohli

"And since August 15 is a special day for the Army, he must have thought on those lines. The T20 World Cup postponement was surely a factor as he planned for it," he said.

Dhoni holds the honorary rank of Lieutenant Colonel in the Territorial Army. Following the 2019 World Cup semifinal loss, he trained with the Parachute Regiment for more than a month.

"One thing is for sure, he will be spending more time with the Army. He will also give time to his commercial ventures and other commitments. We will sit down soon and decide the way forward."

In most cases, the brand value of an athlete goes down after retirement but Pandey insists it won't happen to Dhoni.

"Since the World Cup (in July 2019), we have signed up with 10 new brands and it is a long-term thing. It will keep on increasing as Dhoni is not just about cricket, he is a youth icon.

Pandey added that Dhoni will play the IPL for another two or three seasons.

"He will play for at least couple of years, if not more. He will be more mentally free now that he is retired. The T20 World Cup postponement was definitely a factor in his retirement."

The mega event, which was to take place in Australia in October-November, was moved to 2022 due to the COVID-19 pandemic. India have the hosting rights for the 2021 edition.