Chennai Super Kings suffered their third straight defeat and are at the bottom of the points table after four matches. 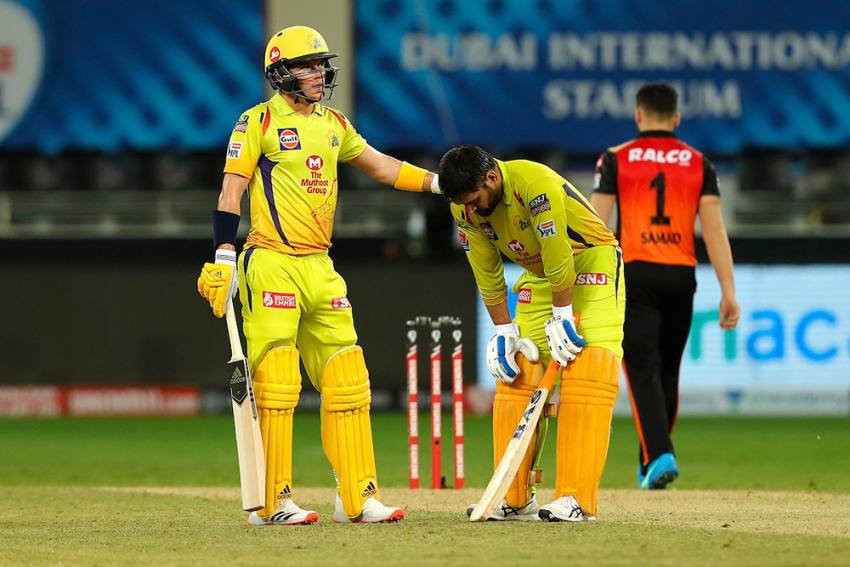 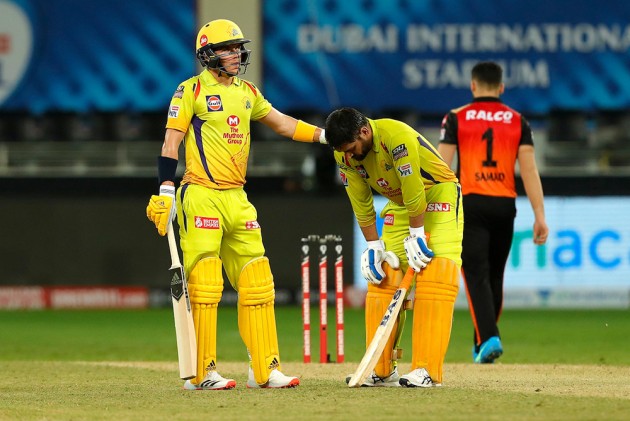 After Chennai Super Kings suffered their third consecutive defeat in IPL 2020, CSK skipper MS Dhoni said his teammates were not professional enough in a tournament where there was very little margin for errors.

In Dubai on Friday night, Chennai Super Kings lost to Sunrisers Hyderabad by seven runs but the margin of defeat could have been bigger had MS Dhoni not scored an unbeaten 47 off 37 balls batting at No. 5 and Ravindra Jadeja scored his first fifty of IPL 2020.

CSK were chasing 165 for victory and the top order batting again did not come good. But Dhoni's worries stemmed from poor catching and lack of bite in the death overs when Sunrisers Hyderabad scored a lot of runs that proved decisive.

"Long time back once we lost three in a row. We need to get a lot of things right. It is the professionalism. We need to take our catches, not bowl no-balls. Those are the controllables and may be we are getting too relaxed," he said.

"We have been a bit too relaxed at times. After the 16th over, we had two good overs but overall we could have been slightly better.

"Nobody wants to drop catches but at this level, we need to draw a line and say these catches that need to be taken, especially when the team hasn't been doing that outstandingly well," Dhoni said, referring to the spilled chances when SRH's Abhishek Sharma was batting.

"Catches like these can hamper your knockout stage games. It is very important to be at your best. There are plenty of positives in this game but we will try to come back stronger," said Dhoni. CSK play Kings XI Punjab on Sunday.

Dhoni, a superbly fit and agile man at 39, took mini breaks during his innings. He seemed to be choking at times but every time he came back, Dhoni smacked the ball with enormous power. Dhoni and Jadeja (50 off 35 balls) produced 72 runs for the fifth wicket and took the match much closer than one expected. Yet, Dhoni said he was not in top batting form.

"I was not able to middle a lot of deliveries. Was trying to hit it too hard. When the wicket is slightly at the slower side, it is better to time it. Looking at outfield it was sub-consciously coming to us to hit the ball hard," Dhoni said.

Asked about his struggle towards the end, Dhoni said," I tried to get as much as time as possible. It is quite dry out here. So, the throat gets dry and you start to cough. When you have legal signs, you can take some time off."

By including Ambati Rayudu, Dwayne Bravo and Shardul Thakur, Dhoni made three changes to his playing XI but could not arrest the losing streak.

IPL 2020: MS Dhoni Admits He Was Not Able To Middle Lot Of Deliveries As CSK Suffer Third Straight Defeat