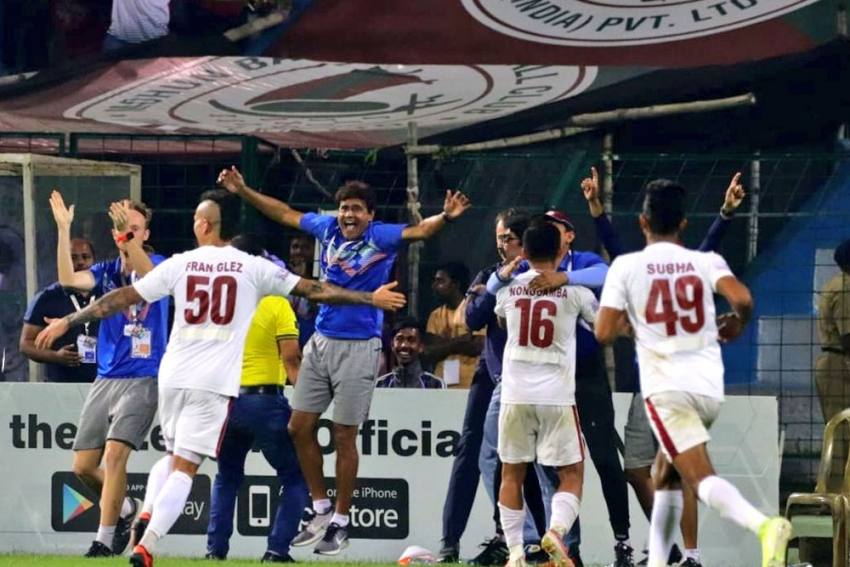 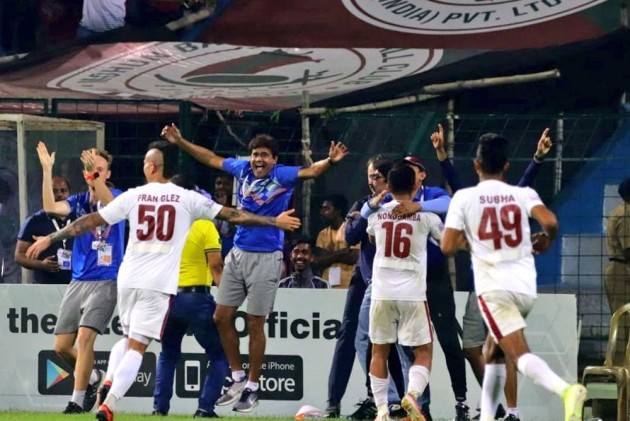 Indian football heavyweights Mohun Bagan clinched their second I-League title with a 1-0 win over Aizawl FC with four rounds to go in the season at Kalyani, West Bengal on Tuesday. (More Football News)

Prolific Senegalese striker Baba Diawara scored the all-important goal for Mohun Bagan in the 80th minute to beat former champions Aizawl in their 16th round match and give their supporters a memorable Holi gift.

With Tuesday's win at the Kalyani Municipality Stadium, Mohun Bagan have 39 points from 16 matches.

They are 16 points ahead of second-placed East Bengal (23 points from 16 matches) who cannot catch up their arch city rivals even if they win all their four remaining matches.

Dempo SC of Goa had also sealed the I-League title in 2009-10 season with four matches left to play.

The title in their pocket, Mohun Bagan will also enter their second leg Kolkata Derby match against arch rivals East Bengal on Sunday with a psychological advantage. They had beaten East Bengal 2-1 in the first leg on January 19.

Aizawl were not, however, intimidated either by the occasion or the 17,000 partisan home crowd which had packed the stands as they dished out a thoroughly professional performance in the first half.

Joe Zoeherliana and Rochharzela were a constant threat on the right and Paul Ramfangzuawa was also getting himself into a lot of space in the middle of the park.

Rochharzela, in fact, had the first crack at goal in the 12th minute and goalkeeper Sankar had to go full stretch to bring about his first save of the game. He had a second crack in the 34th minute, this time from a closer range, but was wide of the target.

The visitors' defence was also much more organised and Ghanaian Joseph Adjei's marking of Diawara was paying initial dividends.

Mohun Bagan, on the other hand, had more possession in the first quarter of the hour but were finding it difficult to get a clear sight at goal. Diawara almost dribbled through once from a Tursunov-Naorem move and Suhair had the first shot on target from a distance for the home side at the half-hour mark.

The deadlock remained at the end of the first 45 minutes and to Aizawl's credit, they did not put a step back even in the second half.

Jaryan hit a free-kick early but it went straight to Sankar and that was probably the last strong approach Aizawl had in the game.

Mohun Bagan began to step up with around 20 minutes left on the clock. Naorem found Diawara with a fine ball inside the goalkeeper's area but Zothanmawia did well to snatch it from his head and Ashutosh Mehta had a go at the Aizawl goal but missed the target.

Beitia then initiated a move that involved successively Naorem, Tursunov and finally Mehta, but the resulting cross which met with a Diawara header went off target.

The title-winning goal finally came in the 80th minute to send the Kalyani Stadium into a frenzy. It was Beitia again who began the move and after reaching near the box, squared the ball to Diawara.

Kasagga could have done better to stop the ball from reaching Diawara but once it was with the Senagalese striker and with space in front of him, it was always going to be dangerous.

Diawara once again came up with a clinical finish under pressure as he unleashed a fierce grounder which beat the Aizawl keeper all along to hit the net.

As Mohun Bagan saw off the final minutes, the stands erupted in colourful celebrations with emotions running high.