Mesut Ozil impressed in Arsenal's defeat to Chelsea on Sunday, but new head coach Mikel Arteta was not surprised 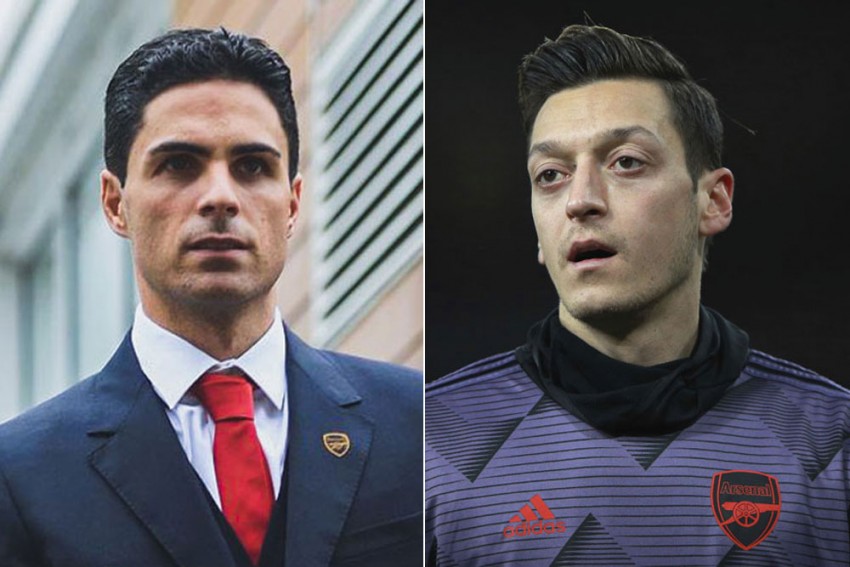 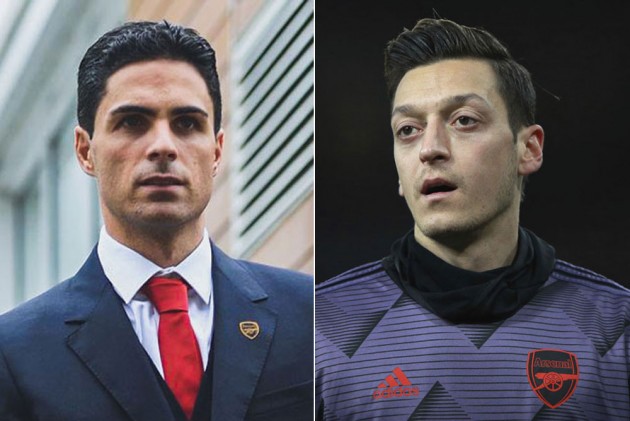 Mikel Arteta insists he was not surprised by Mesut Ozil's energetic display against Chelsea, having been impressed by the Arsenal playmaker's "willing" performances in training. (More Football News)

Ozil has long been criticised for a perceived lack of effort as Arsenal have struggled, with the World Cup winner struggling to hold down a regular position in the side.

But although the Gunners collapsed to lose 2-1 to Chelsea at Emirates Stadium on Sunday, Ozil was at the centre of a much-improved performance in new head coach Arteta's first home game in charge.

Arteta's aim now is to build a team that will bring the best out of Ozil, acknowledging he cannot win matches alone.

"That's what I'm hoping, that he can sustain that level every three or four days," Arteta told reporters ahead of a New Year's Day meeting with Manchester United. "He's putting in everything he has to try to do that.

"His numbers, physically, have improved so much, and he's willing. That's what I can tell you from every day what I see in training.

"I'm not surprised. I know the ability, I know the player we have there. The structure has to help him for him to take everything that he has inside.

Today's result hurts after our best performance for a while. We didn't deserve to lose. But thanks for your amazing support at home this afternoon We go again on Wednesday - together #M1Ö #YaGunnersYa @Arsenal pic.twitter.com/ykQvkiSyfM

"On his own, he cannot do it. He needs the collective structure, organisation and his team-mates. There are only one or two players in the world who can do something on their own.

"He needs help and he needs the team to play in a certain way to facilitate his strengths more and more every time in the game. That's what we are trying to do."

Ozil played in an advanced role against Chelsea, forming a front four alongside Alexandre Lacazette, Pierre-Emerick Aubameyang and Reiss Nelson.

Arteta thought the position suited Ozil, yet he warned that, while the German has impressed so far, the player will only keep his place as long as he remains the best available option.

"I tried to prepare the team collectively and individually with the strengths and weaknesses that we have, to avoid the weaknesses and promote as much as possible our strengths," he said.

"I think Mesut in those positions is very effective.

"I put him in the team if I see every day his attitude, his desire, if his understanding of what we are trying to do is there and he has the will.

"If he is in a better moment than somebody else, I will pick him. The moment this changes, he won't play."