Hubert Hurkacz took down teenage sensation Jannik Sinner on a memorable day for the Polish player. 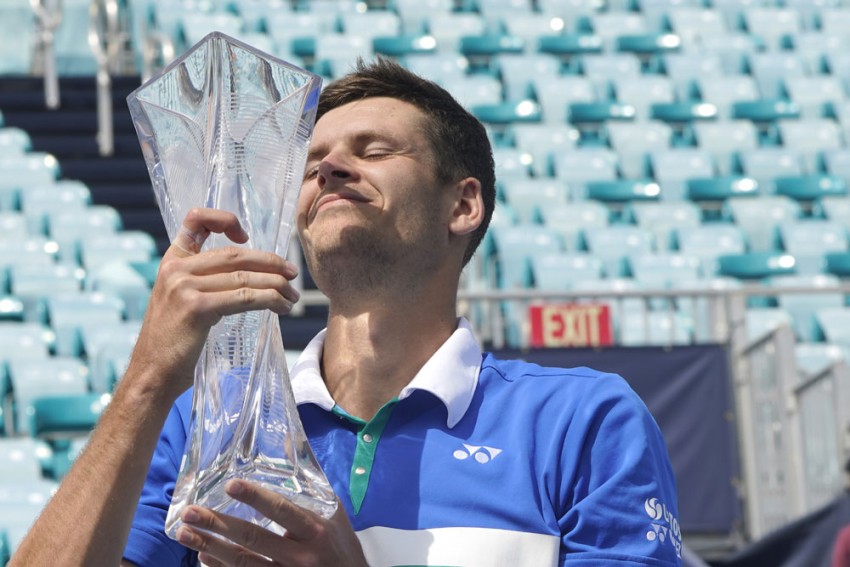 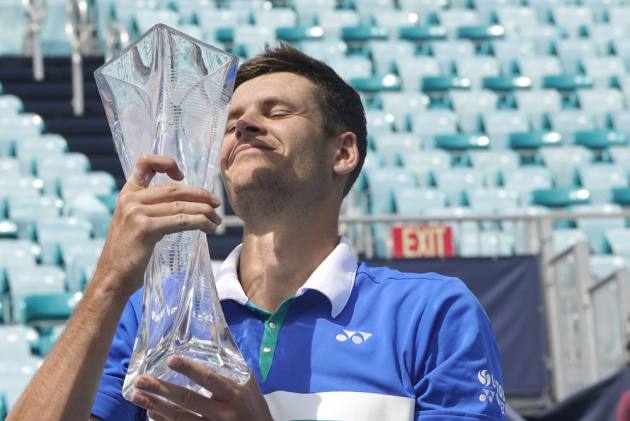 Hurkacz became Poland's first ATP 1000 champion thanks to his 7-6 (7-4) 6-4 win over teenage sensation Sinner in Miami on Sunday.

Hurkacz – the 26th seed – capped his memorable run with an impressive win against 19-year-old Italian and occasional doubles partner Sinner following one hour, 45 minutes on court.

"I played [some] of the best tennis I've ever played," Hurkacz, who converted seven of 11 break-point chances against ATP 1000 finals debutant Sinner, said.

"I was solid throughout the whole tournament, and I was able to get through each round, [and] was even more pumped for the next round. I think that's something special for me.

"My tennis is getting better. We work hard with my coach, [Craig Boynton], and I'm super happy that it happened here. We still need to improve a couple of things and just try to get better each day."

The 24-year-old added: "Last year I spent so much time in Florida. I was here like almost half of the year.

"We were working pretty hard, and I think I'm used to the conditions. I think [that's] been part of the success I had here in Florida."