Mount scored the only goal of the game as Chelsea moved up to fourth in the Premier League by consigning Liverpool to a fifth consecutive home defeat. 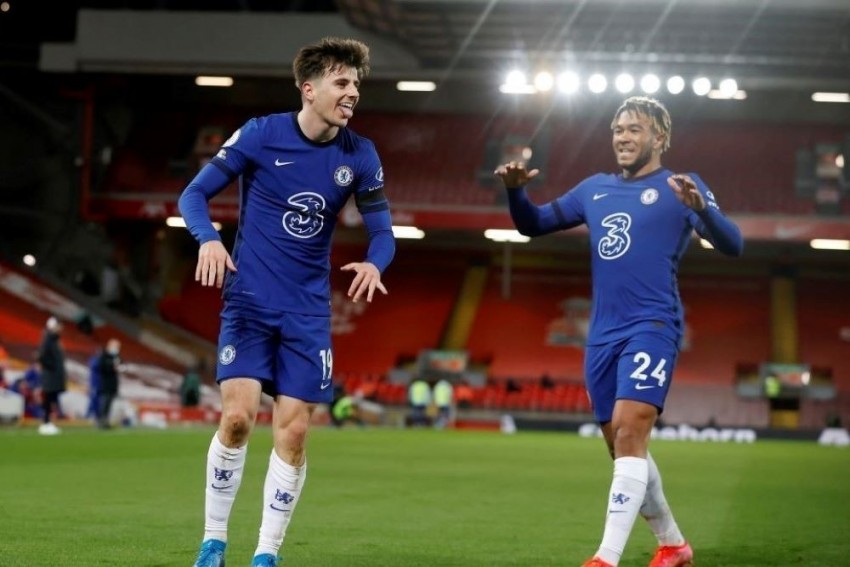 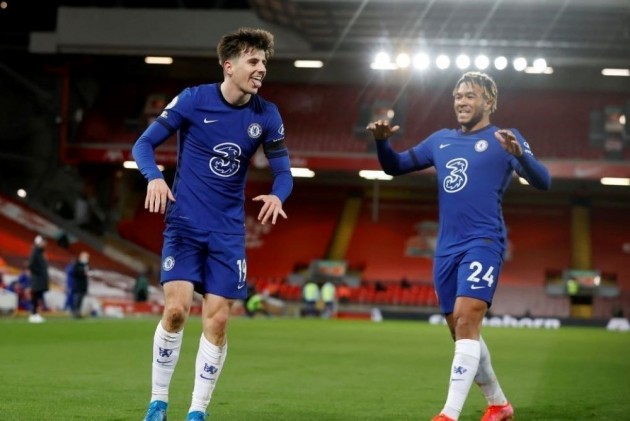 Mason Mount scored the only goal of the game as Chelsea moved up to fourth in the Premier League by consigning Liverpool to a fifth consecutive home defeat for the first time in their history. (More Football News)

Mount finished superbly in the first half to seal a 1-0 win and extend the Blues' unbeaten run to 10 matches under Thomas Tuchel, who came out on top in the battle of the two former Borussia Dortmund bosses.

Jurgen Klopp's Reds are four points adrift of the London club in seventh place after suffering yet another loss at Anfield, where they are without a win in seven matches.

The struggling champions were toothless and Mohamed Salah was not impressed when he was replaced by the fit-again Diogo Jota as they suffered yet more misery on Merseyside.

5 - All five of Mason Mount's Premier League goals this season have come away from home; he's scored three goals in eight league games under Thomas Tuchel, compared to two in 18 under Frank Lampard this season. Opportunity. #LIVCHE pic.twitter.com/aic2xBQ8An

Timo Werner rifled into The Kop and wasted a better chance from close range on the half-volley in a lively start from Chelsea following a minute's applause for Liverpool great Ian St John, who died on Monday at the age of 82.

The Germany forward found the back of the net after racing past Reds goalkeeper Alisson - playing for the first since the tragic death of his father - midway through the first half but was adjudged to be marginally offside.

Sadio Mane missed his kick when he had a clear opportunity to put Liverpool in front and it was Chelsea who opened the scoring three minutes before half-time through Mount.

The England midfielder took a pinpoint pass from N'Golo Kante and was allowed to cut inside by Fabinho, starting after recovering from injury, before picking his spot in the far corner of the net from inside the penalty area with a clinical finish.

Kante was relieved when the VAR verdict was no penalty after Roberto Firmino's cross struck the midfielder's arm early in the second half.

Andy Robertson cleared Hakim Ziyech's effort off the line and a disgruntled Salah came off shaking his head 62 minutes in when he was replaced by Jota, making his first appearance since suffering a knee injury in December.

Rock-solid Chelsea comfortably saw out an impressive victory, with Ozan Kabak prevented from scrambling in a late equaliser as the Reds endured another hugely frustrating evening in which they once again lacked a cutting edge.

What does it mean? Misfiring Reds lacking a spark, Blues on a roll

You have to go back to a 2-1 win over Tottenham on December 16 for Liverpool's last victory at Anfield, which had been a fortress for so long.

They looked short of ideas and well-drilled Chelsea were rarely troubled as Tuchel got his tactics spot on, continuing such an impressive start to the wily German's reign.

At this rate, jaded Liverpool may have to win the Champions League in order to secure their place in Europe's premier club competition next season, but Chelsea look a side who really ought to finish in the top four.

Mount one of Tuchel's main men

Eyebrows were raised when Tuchel was left out of the starting line-up for Tuchel's first game in charge against Wolves, but the 22-year-old was never likely to remain on the bench.

The former Derby County loanee was excellent once again in such a big game, making three key passes and having three shots - one of which secured three precious points.

Mount's 30 passes in the Reds half was the most by any player and there is much more to come from the Blues academy product, who covered so much ground as Liverpool were squeezed by the high press.

Liverpool's leading scorer Salah let his feelings be known when he was withdrawn earlier than he had been in a top-flight game he had started since he played for Chelsea against Liverpool in April 2014.

The Egypt international had only one shot as he was starved of service.

- Chelsea have conceded only two goals in 10 games in all competitions under Tuchel, the same as they let in during Jose Mourinho's first 10 games in charge of the club.
- Since Tuchel took charge of his first Premier League game on January 27th, only Manchester City (24) have picked up more points than the Blues during his eight games as manager (18).
- The champions have earned just 10 points from 11 Premier League games in 2021 - only West Brom (nine), Newcastle United (seven) and Southampton (four) have picked up fewer points since the turn of the year.
- Mount has scored 12 and assisted eight goals in the Premier League for Chelsea. He is the second-youngest player to reach 20 goals and assists for the club in the Premier League behind Arjen Robben (21 years and 337 days).

Chelsea face another huge encounter with fifth-placed Everton at Stamford Bridge on Monday, while will hope the visit of Fulham on Sunday will bring an elusive home win.