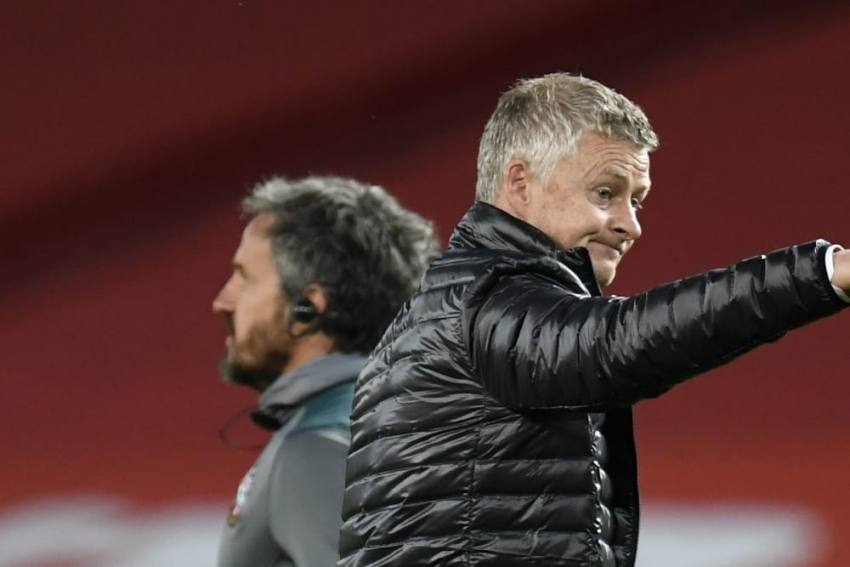 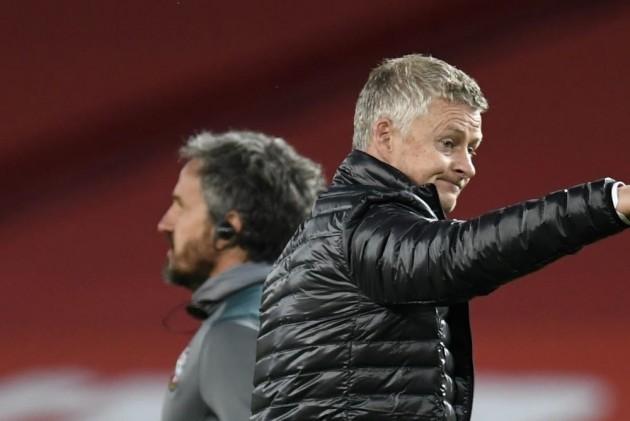 In-form United missed the chance to go third in the table after conceding a 96th-minute equaliser to substitute Michael Obafemi and Southampton at Old Trafford.

After rivals Chelsea and Leicester City both lost over the weekend, United had a golden opportunity to boost their Champions League qualification hopes on matchday 35.

Having fallen behind to a Stuart Armstrong strike, United looked on track to leapfrog Leicester and Chelsea thanks to quick-fire goals from Marcus Rashford and Anthony Martial prior to half-time.

But United were unable to hold on against a tenacious Southampton side, who restored parity in the sixth minute of additional time following a head injury to substitute Brandon Williams, which left the Red Devils down to 10 men.

Solskjaer, however, defended his United team after they ended the match level on points with fourth-placed Leicester and one adrift of Chelsea in third.

"Absolutely not," Solskjaer told reporters when asked if United have a mental block, having failed to capitalise on Chelsea's slip-up. "I don't think any of our players have though, 'Oh what have Chelsea done this weekend'. Not at all.

"It's just the way the games go and we all play against the same teams and we've all got 38 games to get through and it'll even itself out over the long season. You deserve the position you get in the end."

Solskjaer, whose United extended their unbeaten run to 18 matches across all competitions, added: "I have to say the mentality of the boys has been brilliant. We've had a few setbacks over the season, of course. This is another challenge for us.

"I'm very confident in the mentality of them, very disappointed of course. But you have to take the disappointment as well as the positives when you win games. It's disappointing when you concede with the last kick of the ball, lose two points.

"It's just part of football and we've learned a hard lesson today hopefully. We'll make it right, we'll put it right. I trust the boys in that respect."

Solskjaer is also hoping for "good news" after full-back Luke Shaw was forced off with an ankle injury in the 75th minute – replaced by Williams.

United are next in action on Thursday as they travel to Crystal Palace.