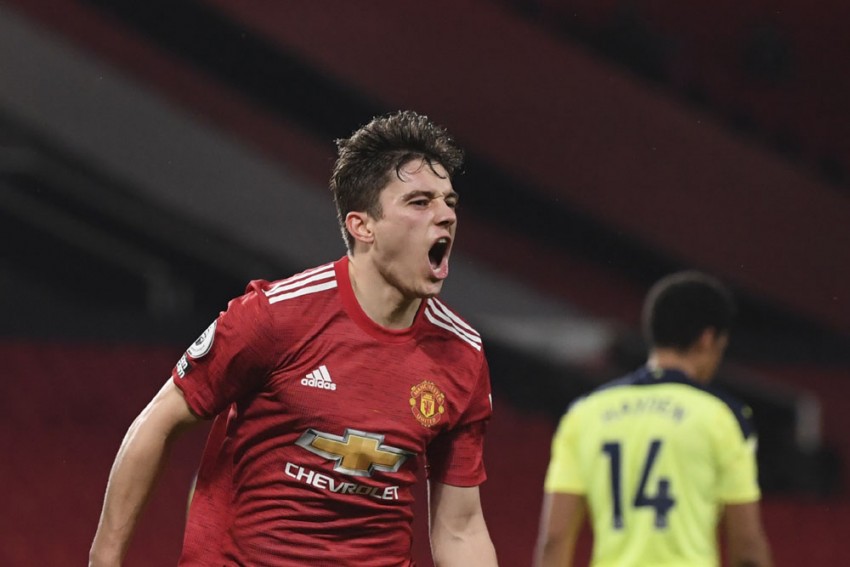 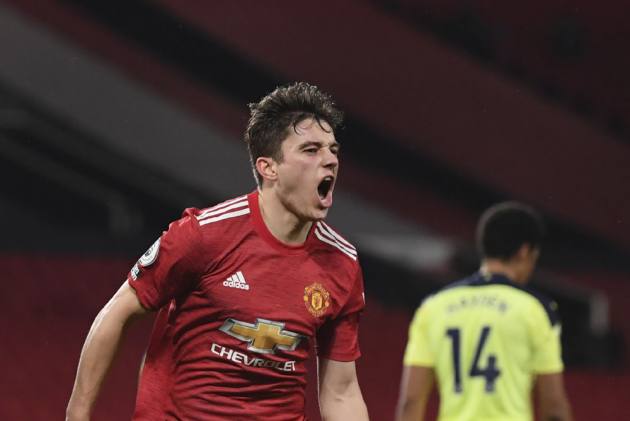 James had netted in United's victories against Southampton and Real Sociedad - his most recent two appearances - and kept his place in the XI for Sunday's game.

It was a decision that worked for Solskjaer, who needed someone to step up in a stuttering second half at Old Trafford after Allan Saint-Maximin had cancelled out Marcus Rashford's strike.

James lashed in just before the hour mark and set the stage for a more straightforward finale in which Bruno Fernandes added a third from the penalty spot to ensure United would lose no more ground on Manchester City, who are still 10 points ahead as clear title favourites.

11 - Since his Premier League debut in February 2020, Bruno Fernandes (11) has himself scored more goals from the penalty spot than any other team besides Man Utd in the competition (Chelsea and Leicester, 9). Habit. pic.twitter.com/am5GFqP0Ot

Newcastle had scored first in six of their previous seven meetings with United and again started the brighter of the two sides, with Joelinton's deflected shot requiring a touch over the crossbar from David de Gea.

But United's first effort of note provided the opener after half an hour when Rashford ran at Emil Krafth, cutting inside to fire in a low finish that squeezed past Karl Darlow at his near post.

It was a short-lived lead, however, as Saint-Maximin, denied by De Gea moments earlier, seized on Harry Maguire's poor headed clearance and side-footed into the roof of the net.

De Gea clung to a fierce Saint-Maximin drive at the start of the second half, before a rare United foray in the 57th minute saw James restore the hosts' advantage, blasting beyond Darlow when Fernandes' vital touch evaded Jamal Lewis.

Darlow stood tall to parry from Anthony Martial, but the Newcastle goalkeeper could not repeat his St James' Park penalty save from Fernandes, who made the most of Joe Willock's trip on Rashford in the area.

An agile Darlow save following Maguire's header at least capped the scoring at three, scant relief for the relegation-threatened visitors.

What does it mean? Solskjaer's side negotiate Newcastle energy

Still fighting for the FA Cup and Europa League, even as Premier League title hopes fade, momentum is key for United and they did just enough three days on from a big European game against Sociedad, which was played in Turin.

Newcastle, now only three points clear of Fulham and the bottom three, came with a plan to disrupt United but could not maintain their energy and allowed the hosts to have 10 attempts in the second half.

Two shots and three chances created represents a quiet outing for the brilliant Fernandes, yet he still supplied both a goal and an assist for the seventh time in the league this season - a tally unmatched across Europe's 'top five' leagues.

Frustrated in the first half and booked for a confrontation with Isaac Hayden, the game turned on his touch to James.

Both in the same league game for the seventh time this season.

Wilson's worth growing with every game

Newcastle finally scored for the first time this season without Callum Wilson in the side and worked hard to stay in the game, but they still missed their 10-goal talisman.

While Joelinton had two shots and played three key passes before succumbing to injury after 55 minutes, he touched the ball only twice in the United box, unable to match the average of 4.6 touches per 90 minutes Wilson enjoys, giving Newcastle both a goal threat and a focal point.

- Since losing three of their opening six games of the Premier League season, Manchester United have only lost one of their last 19 in the competition (W12 D6).

- Manchester United have scored 53 goals in 25 games in the Premier League this term – their most at this stage of a top-flight campaign since the 2012-13 season (60), which was the last time they won the title.

- Newcastle have lost each of their last 21 away games against opponents starting the day in the top three of the Premier League table, in a run dating back to February 2012.

- Rashford's opener for Manchester United was his 40th goal in all competitions since the beginning of last season, with only Raheem Sterling (44), Harry Kane (45) and Mohamed Salah (47) managing more among Premier League players.

- James has scored five goals in 13 games for United this season, one more than he managed in 46 games across all competitions last season.

United are at Old Trafford again on Thursday for their Europa League second leg against Real Sociedad when they will expect to protect a 4-0 aggregate advantage. Newcastle's relegation battle takes them back to Tyneside to face Wolves on Saturday.