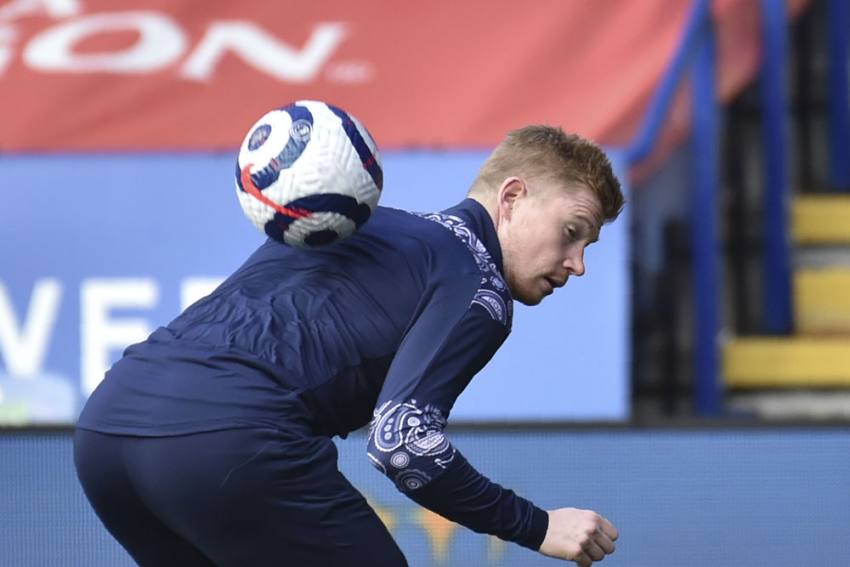 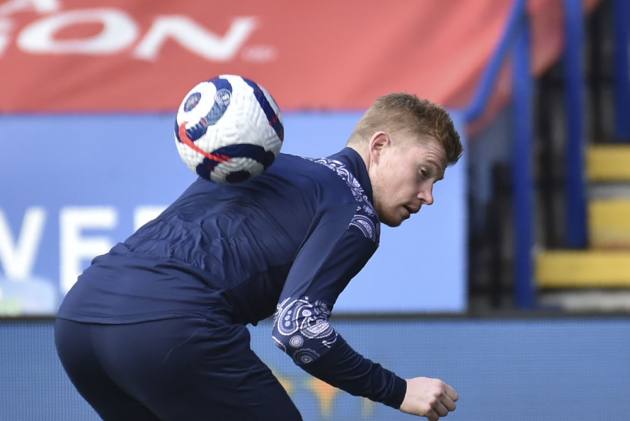 Kevin De Bruyne and Sergio Aguero are back in training ahead of Manchester City's EFL Cup final showdown with Tottenham on Sunday. (More Football News)

Pep Guardiola's side are aiming to win the trophy for a fourth consecutive season, returning to Wembley eight days after a 1-0 defeat to Chelsea in the FA Cup semi-finals.

The pain of that defeat was compounded by star midfielder De Bruyne hobbling off with an ankle injury, although the problem is not as bad as first feared.

City's all-time record goalscorer has endured a final campaign at the Etihad Stadium beset by knee and hamstring issues after meniscus surgery last June, while he also suffered the effects of coronavirus.

"Both [De Bruyne and Aguero] they are training today," Guardiola said, meaning each man appears to have better prospects than Harry Kane, who was unable to take part in Tottenham's Friday session.

Final successes in the past three campaigns over Arsenal, Chelsea and Villa mean City can become the second team in history after Liverpool between 1981 and 1984 to lift the cup for a fourth season in a row.

However, as was the case in the Chelsea reverse, Guardiola hinted there might be wholesale changes as he casts an eye towards Wednesday's Champions League semi-final first leg against Paris Saint-Germain.

PEP  They played a good first fifteen, twenty minutes and we struggled a little bit. Last ten minutes of the first half we were better - we didn't create much but we were there. Final minutes with Phil and Gundo we created more. Congrats to Chelsea. pic.twitter.com/1bBTzlu3wh

"We've said many times. every game must be taken seriously. But the Premier League is the most important competition this season. After that it is the Champions League, the FA Cup and after the Carabao Cup," he said.

"When you play this competition at the beginning of the season when every player is fit, it is perfect to rotate and everybody can be involved.

"Once we are there and arrive in this position, normally the Carabao Cup is over, but now we are going to play [the final] in the middle part of the important part of the Premier League season. And three days before, like a dream come true at the end [of the season], we play the semi-final of the Champions League."

Guardiola added: "That’s why we have a mix of contradiction; that it's a final we have to win, but we have one eye on the Champions League and one eye on Crystal Palace [in the Premier League next weekend].

"Carabao Cup is nice - we want the four, we will play to win the fourth. But PSG and Palace are there and PSG [in the second leg] is there. We'll see what happens on Sunday."