Eden Hazard will start against Manchester City, while David Silva is among the substitutes for Real Madrid's visit 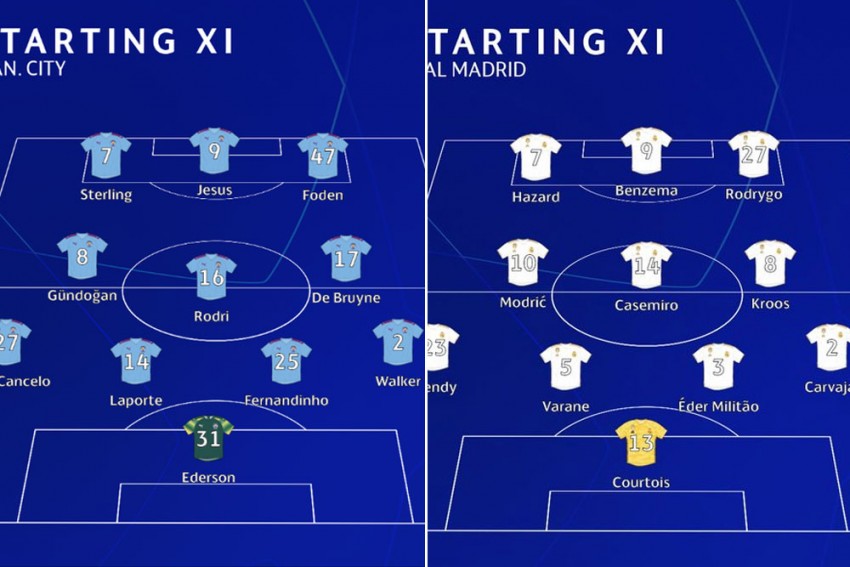 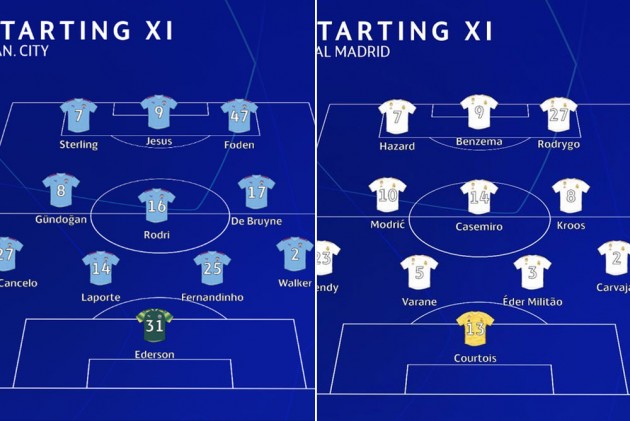 Belgium star Hazard had been battling to be fit after suffering discomfort in the ankle he injured in February, but head coach Zinedine Zidane confirmed this week the player was feeling better.

He joins Rodrygo, preferred to Marco Asensio and Vinicius Junior, alongside Karim Benzema in attack, while Eder Militao starts as expected in place of the suspended Sergio Ramos.

City boss Pep Guardiola has dropped Eric Garcia to the bench after announcing on Thursday that the teenage defender – heavily linked with a return to boyhood club Barcelona – would not sign a new contract at the Etihad Stadium.

Veteran campaigner Fernandinho will partner Aymeric Laporte in the heart of defence, with Phil Foden handed a start as David Silva begins his final game as a City player in Manchester among the substitutes.

Gabriel Jesus, who played much of the first leg on the left flank before heading in City's equaliser, starts up front in Sergio Aguero's ongoing absence through a knee injury, while Guardiola again appears to have opted for a double pivot in midfield of Ilkay Gundogan and Rodri, who both started at the Santiago Bernabeu.

City lead 2-1 from that first leg.