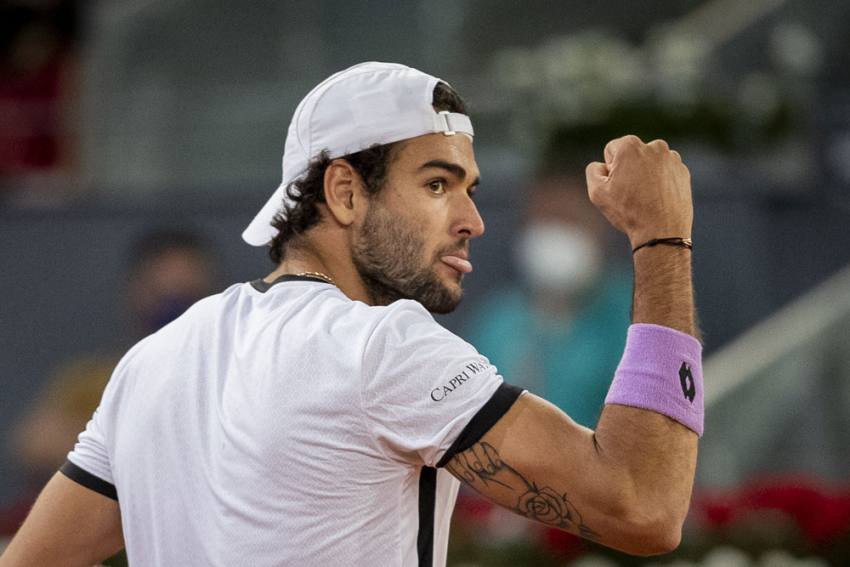 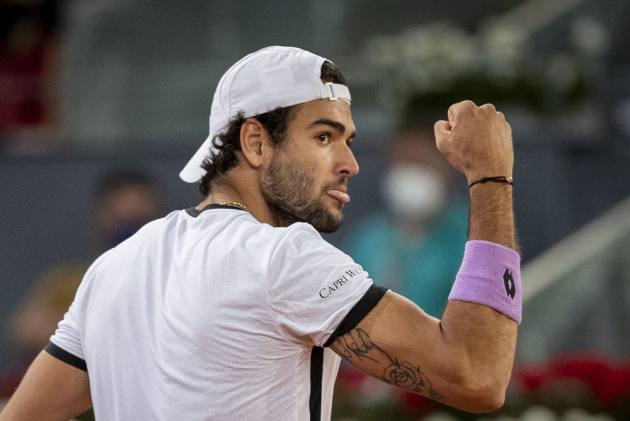 Matteo Berrettini will take on Alexander Zverev in the Madrid Open final on Sunday after overcoming Casper Ruud 6-4 6-4 in the last four. (More Tennis News)

Eighth seed Berrettini has enjoyed a superb debut tournament in the Spanish capital, the 25-year-old dropping just one set on his way to becoming the first Italian to make the Madrid Open final.

Berrettini, who won the Serbia Open last month, is just the third Italian ATP Masters 1000 finalist since the series was established in 1990, after Fabio Fognini and Jannik Sinner.

"It's a great, unbelievable feeling, especially coming from Monte Carlo where I wasn't feeling that good," Berrettini said in quotes reported by the ATP website.

"I won in Belgrade and now I'm in the final, so I'm really looking forward to playing against Sascha [Zverev]. I hope I enjoy it tomorrow the way I enjoyed tonight.

"I saw him [Zverev], he's playing really good. He's solid. He moves well. For his height, he's really good. He serves well. I mean, he's in the final. He beat Rafa [Nadal] and Dominic [Thiem], probably the best players on clay.

It all comes down to this!

Who will take the @MutuaMadridOpen title?  pic.twitter.com/arDDzUwx8A

"It's going to be a challenging match, but I'm in the finals. I guess the best two guys are going to play each other."

"My serve is my weapon, but today I think I returned a lot and I put pressure on him," Berrettini said. "I was just playing more aggressive. He's kind of like me, he likes to run around the forehand and play with spin. But I guess today I was playing better than him.

"The other time he beat me, so it's always a great fight against him. He reached three semi-finals in a row so he was feeling confident. I guess that's why I'm maybe even more happy with my win today."

In the earlier semi-final, Zverev followed up his famous win over home favourite and 20-time grand slam champion Rafael Nadal in the previous round by defeating Dominic Thiem.

Austrian Thiem had won the last four meetings between the two, including in last year's Australian Open semi-final and the US Open decider, where he came from two sets down to win in an incredible fifth-set tie-break.

However, Zverev was not to be denied this time, a 6-3 6-4 result keeping him on course for a repeat of his 2018 triumph at the event in the Spanish capital.