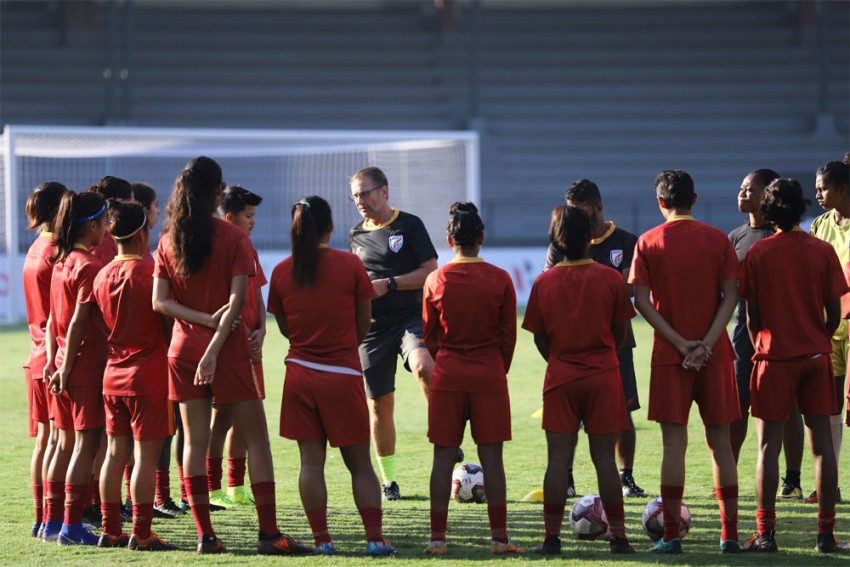 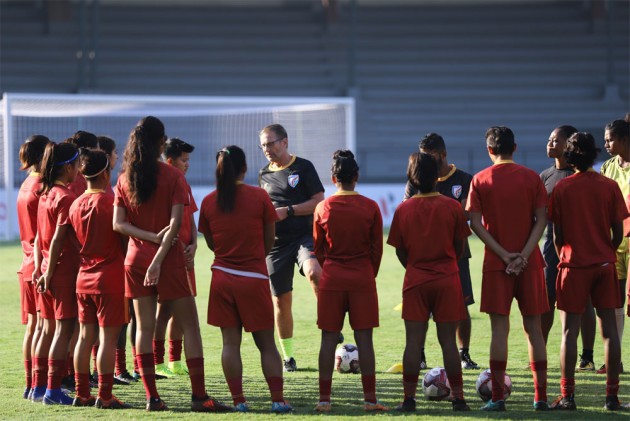 All India Football Federation (AIFF) general secretary Kushal Das on Friday said its "endeavour" is to start the U-17 Women's World Cup team camp in the first week of August, hoping to find a way out amid the COVID-19 pandemic.

He said they are also aiming to start the U-16 team camp, which is the federation's top priority at the moment, around the same time as there is a tournament scheduled for November in Bahrain.

Talking about the senior men's national team, Das said the camp will likely begin in September in Bhubaneswar as the capital city of Odisha is slated to host India's two World Cup Qualifiers in October and November respectively.

"Our first priority is to start the U-16 camp since they have a tournament in November. That is the first endeavour. We are also conscious of fact that the U-17 World Cup team has to start its preparation. We should be able to start both camps by first of week of August," Das told AIFF.

While the venue for the senior national team is fixed, a lot also depends on the state governments as far as organising the camps for the U-16 outfit and U-17 women's side are are concerned.

"We are in talks with various state governments and the Sports Authority of India (SAI). In some states the COVID protocols are very rigid. We will prefer where it is convenient for us. Hopefully, in next one week, we will finalise a date for the camps.

"For the senior team the aim is to start in early September. It is a very tricky situation but we will look to do our best under the circumstances."

The top office-bearer said the federation had a lot of activities planned for its various teams but the pandemic has come in the way.

"The pandemic is a cause for worry, it is affecting the teams' preparation. We had lots of exposure tours planned but they had to be shelved.

"Now, we are hoping to arrange at least one tour for the U-16 team before they travel to Bahrain. It's the same situation for other teams as well.

"For U-17 team we would try to arrange exposure trips in November-December depending on the situation. A few trips would have really helped."

Emphasising on coach education, Das said the aim is to have an Indian as coach of the national team in the next five years.

"We were earlier too dependent on AFC instructors. We were working on a project but that could not take off due to the pandemic. We had planned to send 10-12 coaches to Germany and Netherlands for coach education program. That is certainly part of our plan.

"In five years we are hoping that the national team is coached by an Indian.

Asked about youth developments programmes, he said, "I am sure the clubs are beginning to understand the benefits of youth development. I have heard yesterday that ATK-Mohun Bagan is building a top-class youth academy in Bengal."

With the Asian Football Federation (AFC) granting India a slot in the top-tier Asian Champions League, Das said the country's football clubs now must focus on getting to prestigious league and doing well there.

He believed that world of sports will definitely change after the COVID-19 pandemic.

"There will be changes definitely and they will impact the sports also. There will be restrictions on the way people celebrate victory, in cricket they have already banned saliva for the time being and its is having an impact as far as reverse swing is concerned.

"For this season FIFA has introduced a one-minute water break where the players will carry their one water bottle. There will be limitation on way the spectators enter the grounds. Hopefully, things will settle down in the two-three years."

He also praised the role played by the AIFF's commercial partner Football Sports Development Limited (FSDL) for helping the federation come out of the "financial mess" it found itself in when he took over as its general secretary in 2010.