Liverpool made it back-to-back Premier League victories on Sunday after a five-game winless run, much to the delight of boss Jurgen Klopp 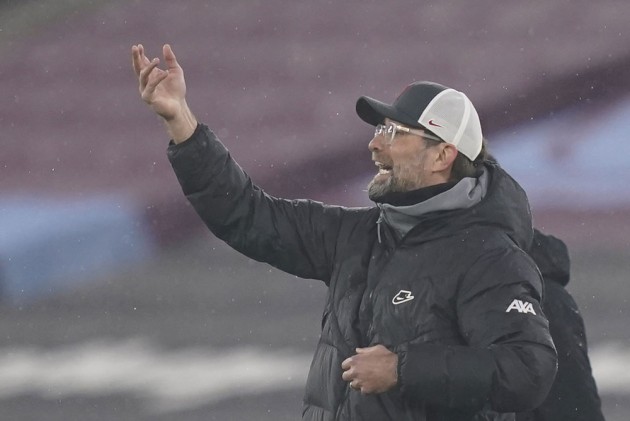 Jurgen Klopp has lauded his Liverpool side for once again making life "uncomfortable" for their opponents following a 3-1 win at West Ham on Sunday.  (More Football News)

The defending Premier League champions ended a five-match winless run in the top flight by beating Tottenham 3-1 on Thursday and they followed that up with another impressive victory in London.

Mohamed Salah took his Premier League tally against West Ham to nine – his best return against a side in the competition – with a fine double, while Georginio Wijnaldum's late effort ensured all three points against David Moyes' side, who scored a consolation through Craig Dawson.

The win moves the Reds to four points adrift of leaders Manchester City, who have a game in hand, and Klopp is pleased his players are starting to find their form after a tricky period.

"These boys are a really good group," he told Sky Sports. "They're not happy at not being successful, not winning, but they always have the right attitude.

"But they need the right information as well; I said that after the Burnley game [when they lost 1-0], that was my fault.

"Now we have found a way for us to be uncomfortable for other teams. Our last two games were like this."

The result means Liverpool have won more Premier League matches against West Ham (31) then they have against any other side in the competition, while they have lost just one of their past 16 Premier League games in London.

All of the Reds' goals came in the second period, with Klopp attributing their revival to a series of half-time tweaks.

"It was a great game, a very professional game, very controlled against usually a flying side," he added.

"We didn't create enough in the first half, but we controlled the game. We made little adjustments at half-time and it paid off. We scored three unbelievable goals. I'm really happy.

"In the first half we had three midfielders on the other side of the ball so Xherdan Shaqiri had to pass backwards. We wanted Divock Origi more in the centre. We played a double 10 then with Thiago [Alcantara] and Shaqiri."

Liverpool welcome Brighton and Hove Albion to Anfield on Wednesday before Pep Guardiola's City travel to Merseyside on Sunday.