Pakistan stand only a mathematical chance to qualify for the 2019 World Cup. The 1992 world champions will clash with Bangladesh in London on July 5 (Friday) to end the tournament on a winning note. Live streaming of Pakistan vs Bangladesh will be available on digital platforms. 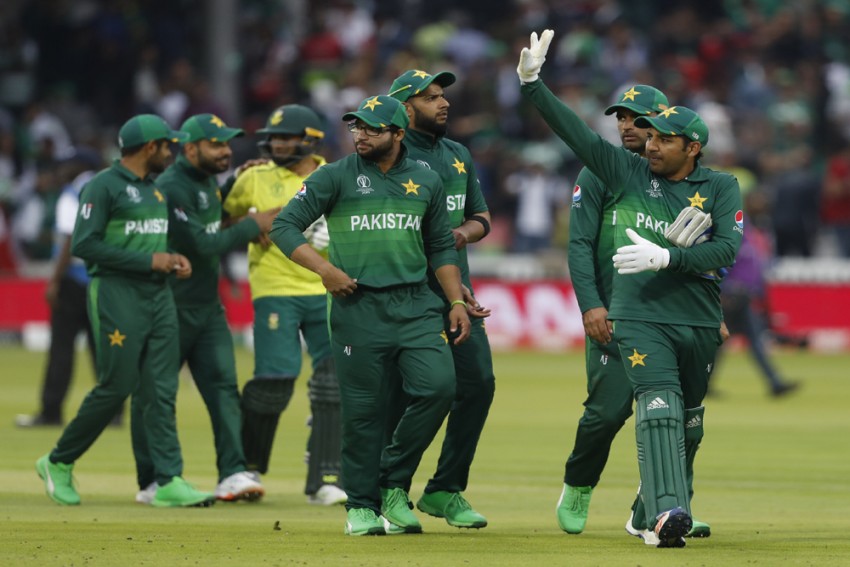 If Pakistan have to make the semis, they have to win the toss against Bangladesh and bat first.
AP
Outlook Web Bureau 2019-07-04T16:12:28+05:30 Live Streaming, Pakistan Vs Bangladesh, 2019 World Cup: Where To See Live Cricket, Get Live Scores 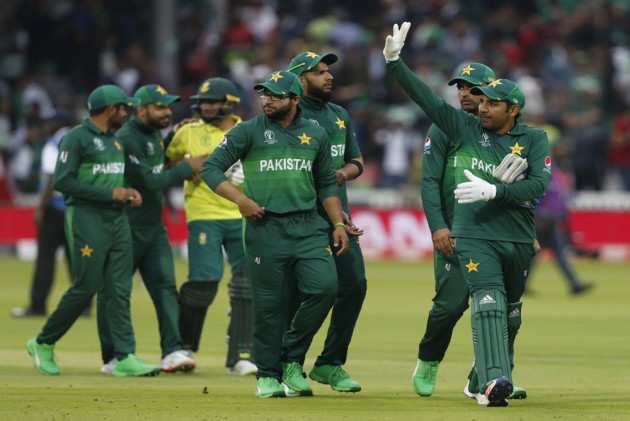 New Zealand's defeat to hosts England virtually ruined Pakistan's hopes to enter the 2019 World Cup semifinals. Twenty-seven years after they won the World Cup, Pakistan were strikingly replicating their win-loss run in UK this time but the equations now make it virtually impossible for Sarfaraz Ahmed's team to go through to the semifinals. You can follow live coverage of Pakistan vs Bangladesh through live streaming, live TV and live cricket score. Pakistan vs Bangladesh is scheduled to start at 3 PM IST at Lord's, London on July 5 (Friday). (PAK v BAN HIGHLIGHTS) (SCORECARD)

If Pakistan have to make the semis, they have to win the toss against Bangladesh and bat first. If Pakistan lose the toss and are asked to field, their minuscule semi-final hopes will be over even before the first ball is bowled at the Lord's.

New Zealand finished their engagements at 11 points from nine matches after their 119-run loss to England but despite the massive defeat, the Kiwis are way ahead in terms of their net run-rate, which is +0.175, compared to Pakistan's -0.792.
Currently placed fifth with nine points from eight matches, Pakistan face the challenge of beating Bangladesh by 311 runs after posting 350 or by 316 runs after scoring 400, something which is practically impossible.


Bangladesh, on the other hand, will rue their missed chances and would hope to bring some cheer to their fans back home with a solid performance against Pakistan, a team they had defeated in the 1999 edition. Currently placed seventh, Bangladesh have been impressive in their wins against South Africa, Afghanistan and West Indies.