Former champions, Punjab FC will host East Bengal in their first home match of the 2019-20 I-League season, at the Guru Nanak Stadium, on December 7. Live streaming available on digital platforms. 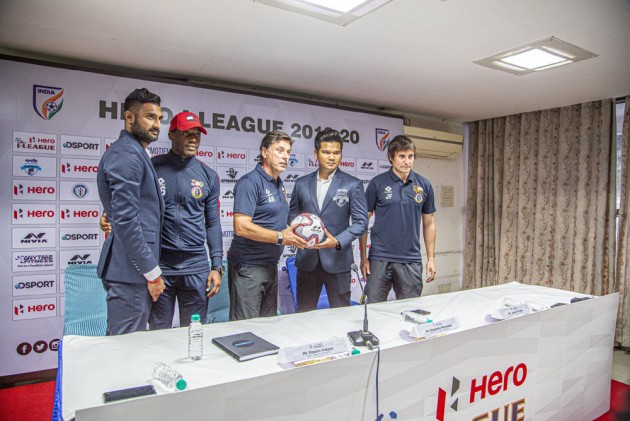 Formerly known as Minerva Punjab, Punjab FC will host East Bengal in their upcoming 2019-20 I-League fixture at the Guru Nanak Stadium, on December 7.

After a disastrous thumping at the hands of Churchill Brothers in their season opener, Punjab FC will be hoping for a better result against the Kolkata giants. The hosts will be without captain Anwar Ali, who has been suspended.

During the pre-match press conference, Punjab FC head coach Yan Law said, "We had a disappointing result against Churchill Brothers on the opening game of the season."

"According to stats, the game was played evenly, we actually had more chances than the opposition, but failed to convert any as the Churchill defence held us well. Our lapse in defending in the midfield and attacking third caused us problems in the defending third," he added.

"We have worked on all the problems, analysed everything in detail where things went wrong, and the boys are pretty confident for the next game against Quess East Bengal at home," he quipped.

Meanwhile, East Bengal drew in their season opener Vs Real Kashmir at home. The team's midfield looked sharp, but the frontline lacked the clinical edge. Head coach Alejandro Menendez said, "We have prepared the team in the same way as the first game. We promise good football and a good game. The idea is to approach the game in the same way and try to score as many goals as possible."

When is the I-League 2019-20 match between Punjab FC Vs East Bengal?

Where to watch and live stream the I-League 2019-20 match between Punjab FC Vs East Bengal?

I-League 2019-20's Punjab FC Vs East Bengal will be broadcasted and live streamed by DSport.