Home  »  Website  »  Sports  »  Live Streaming Of India Vs New Zealand Tests – Where To Get; Full Schedule Of Cricket Series

Live Streaming Of India Vs New Zealand Tests – Where To Get; Full Schedule Of Cricket Series

New Zealand will host a two-Test series against India starting in Wellington on February 21. The cricket series is scheduled to end March 4. Live streaming of the matches will be available online. 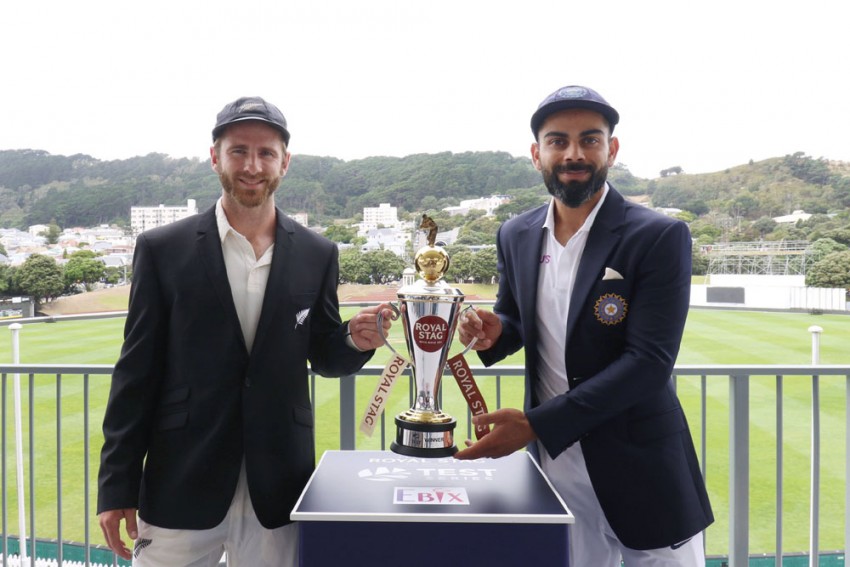 It will be a test for Indian batsmen in New Zealand conditions that usually favour the new-ball bowlers.
Twitter
Outlook Web Bureau February 19, 2020 00:00 IST Live Streaming Of India Vs New Zealand Tests – Where To Get; Full Schedule Of Cricket Series 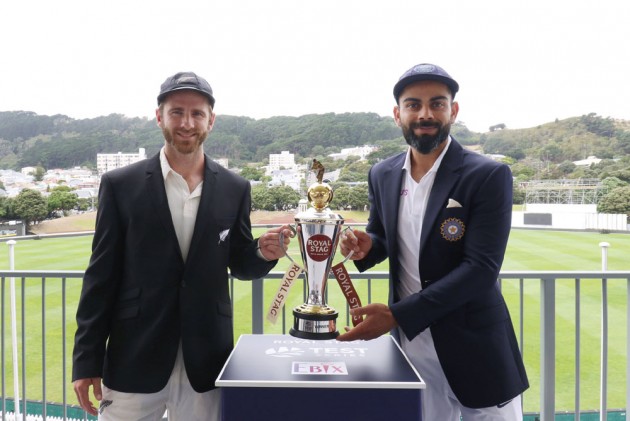 It's been a roller-coaster ride for the Indian cricket team in New Zealand. The T20 series was a thriller with two of the five matches being decided by the Super Over. India proved their supremacy in the shortest format of cricket with a 5-0 scoreline. New Zealand roared back in the ODI series, winning all three games. After 30 years, India suffered such a humiliation away from home. Now Virat Kohli's team wants to stamps its class in the Test series. India are ranked No. 1 in the world while the Kiwis are at No. 4. Live streaming of all three matches can be seen online and through Hotstar.

Live streaming can be seen both through a smart phone (download the free Hotstar app and subscribe) and also on your desktop. STAR Sports will beam the matches live as per schedule below.

It will be a test for Indian batsmen in New Zealand conditions that usually favour the new-ball bowlers. Trent Boult has returned to the New Zealand Test side as has Ajaz Patel, the left-arm spinner. Boult has been out of action since injuring his right hand during the Boxing Day Test against Australia. He missed the final Test of that series as well as the limited-overs leg of the India tour earlier this month.

Boult will join Tim Southee and Neil Wagner in the pace attack, as well as the uncapped Kyle Jamieson, who has been called up to the Test squad for the first time after impressing in the domestic circuit.

New Zealand quick Matt Henry has been summoned as cover for Wagner, who is expecting the birth of his first child, ahead of their first Test against India, set to begin on Friday, February 21. Wagner was the third-highest wicket-taker in Tests last year, snaring 43 wickets in just six games, half of what list-topper Pat Cummins took to capture his 59 wickets. The 28-year-old Henry has featured in 12 Tests, the last of which came against Australia in Sydney, earlier this year. So far, he has picked up 30 wickets at 50.16, with best figures of 4/93.

Meanwhile, India has been strengthened by the availability of fit-again Ishant Sharma. India's bowling attack is one of the best in the world and the performance of the batsmen on either side will make the difference.