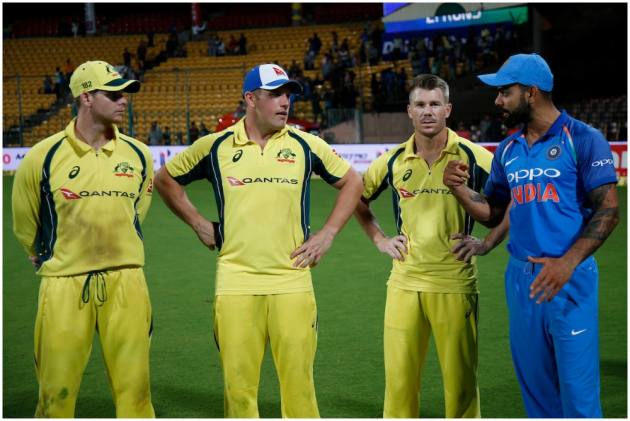 The India vs Australia match can be seen digitally through live streaming and also live on TV from 3:30 PM IST.

India won their first warm-up match against England on Monday. India's comfortable seven-wicket win was fashioned by fifties from KL Rahul and Ishan Kishan, who was tried as an opener.

Earlier, when England batted first, Mohammed Shami was among the wickets (3/40). Jasprit Bumrah and and leg-spinner Rahul Chahar picked up a wicket each. Against Australia, India will like to test their middle order.

Australia beat New Zealand by three wickets in their warm-up game. Marcus Stonis, the Delhi Capitals all-rounder, played as a batsman and scored 28 runs at No. 5. But David Warner continued his poor form, scoring a first-ball duck.

Where to watch IND vs AUS match?

Live streaming be available on Disney+ Hotstar. Watch live from 3:30 PM IST. STAR Sports are the official broadcasters of the ICC Men's T20 World Cup 2021 being hosted by BCCI in UAE and Oman.