Lionel Messi matched Pele's haul of 643 goals for one club side with his header against Valencia, and he has now surpassed the Brazil great 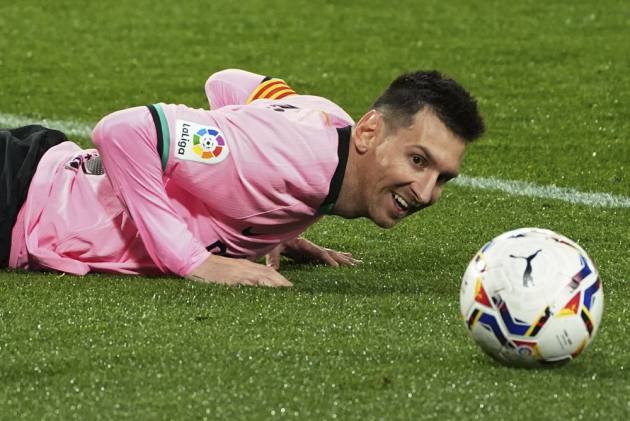 Messi matched the total of 643 goals that Brazil legend Pele – one of the greatest players to grace the game – racked up in an 18-year career at Santos.

The six-time Ballon d'Or winner headed in his record-equalling goal against Valencia on Saturday and surpassed Pele's tally on Tuesday.

Having created the opener with a cross for Clement Lenglet and played a crucial role in Barca's second against Real Valladolid, Messi swept home after latching onto Pedri's clever flick in the 65th minute to make it 3-0.

As well as taking him past Pele, it was also Messi's 451st goal in LaLiga.

His effort against Valencia made the 33-year-old the first player to reach the 450 milestone for a single club in any of Europe's top five leagues.