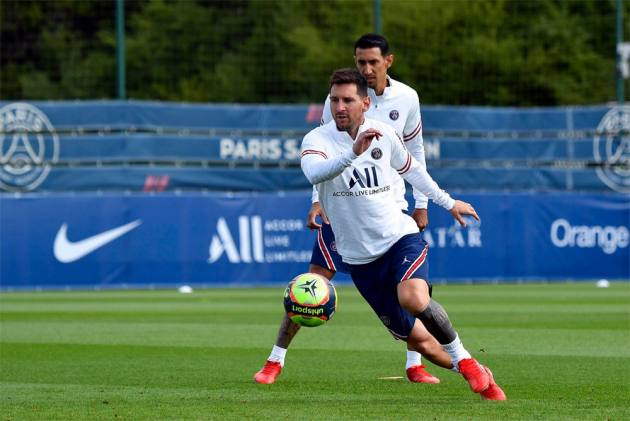 Ahead of his much-awaited Ligue 1 debut for Paris Saint-Germain, Lionel Messi trained Saturday. The Argentine joined the French giants earlier this month on a free transfer after leaving Barcelona, where he established himself as a global football superstar. (More Football News)

The six-time Ballon d'Or winner did not feature in the first three games of the Ligue 1 campaign after being given time to settle in the French capital and build up his fitness, but he is expected to play against Reims on Sunday.

Messi's ex-Barcelona team-mate Neymar, who has so far been rested following international duty, is also due to make his first appearance of the season.

Kylian M'Bappe was training as usual on Saturday, although he may have played his final game for the club as talks continue surrounding his dream move to Real Madrid.

However, reports in France claim PSG have rejected Real's second offer, worth 170 million euros, for the prolific forward.

Meanwhile, former Real Madrid captain Sergio Ramos has been ruled out of the Reims match.

In their medical bulletin ahead of the match, PSG revealed that the Spaniard will continue his recovery work.