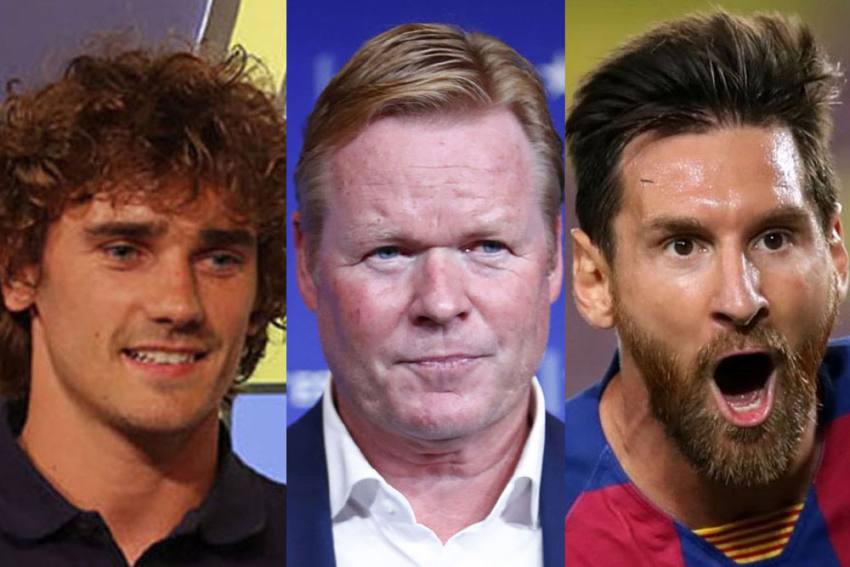 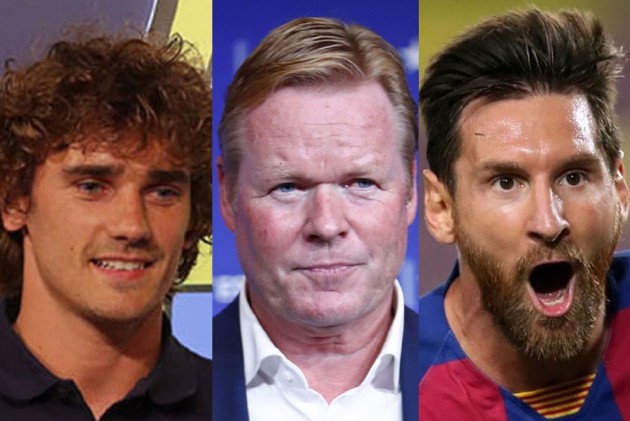 Lionel Messi has every right to be "p****d off" at being questioned over his relationship with Antoine Griezmann, according to Barcelona head coach Ronald Koeman. (More Football News)

Messi was asked about the remarks after landing at El Prat Airport on Wednesday, having represented Argentina in a couple of World Cup qualifiers over the international break.

"I'm a little tired of always being the problem for everything at the club," he said.

Messi's comments come at a time when he continues to be linked with a move away from Barca, but Koeman insisted it is not fair on his player to be constantly questioned.

"I can understand that Leo is p****d off. You have to respect Leo more," he said at a news conference ahead of Saturday's LaLiga clash with Atletico Madrid.

"After such a long trip and asking about Antoine is disrespectful. It may be your intention to create a controversy.

"I have never seen any confrontation between the two on the field, training ground or in the locker room.

"I am not in favour of giving importance to Olhats because he stopped being Griezmann's agent years ago. What he said is b******t."

Koeman added: "I have to defend Leo because after 15 hours of travel, they do a one-hour check, and then you find a lot of press asking you a lot of questions."

Messi failed in an effort to walk away from Barca in August as the validity of his release clause was questioned due to last season being prolonged by the coronavirus pandemic.

Koeman reiterated he is hopeful the six-time Ballon d'Or winner will stay on beyond this season but conceded the decision is out of his hands.

"He still has a year on his contract. In my opinion he has to stay here," he said. "But I am not the person who has to convince him. Nobody knows what may happen in the future.

"It is incredible what he has done for this club. He is the person who will make a decision about his future."

The comments made by Olhats placed Griezmann's role at Barcelona firmly back in the spotlight, the forward having failed to make the desired impact since arriving in July 2019.

Griezmann has two goals and one assist in nine appearances this term and missed a penalty in Barca's last outing before the international break.

However, ahead of this weekend's trip to Griezmann's former club Atletico, Koeman reiterated he has no concerns over the Frenchman's form.

"No, because I see him concentrating, working and trying to help win the games," he said.

Philippe Coutinho is back in Barca's squad for the showdown at the Wanda Metropolitano, coinciding with the loss of Ansu Fati to a knee injury for the next four months.

"Philippe is okay," Koeman added. "He has been training for almost a week now and we have to talk to the physios about the best time for him to enter the match - from the start or from the bench.

"He is not a winger who likes to go deep; he plays more as an offensive midfielder. He is a great player and it is always good to have him because he is versatile."