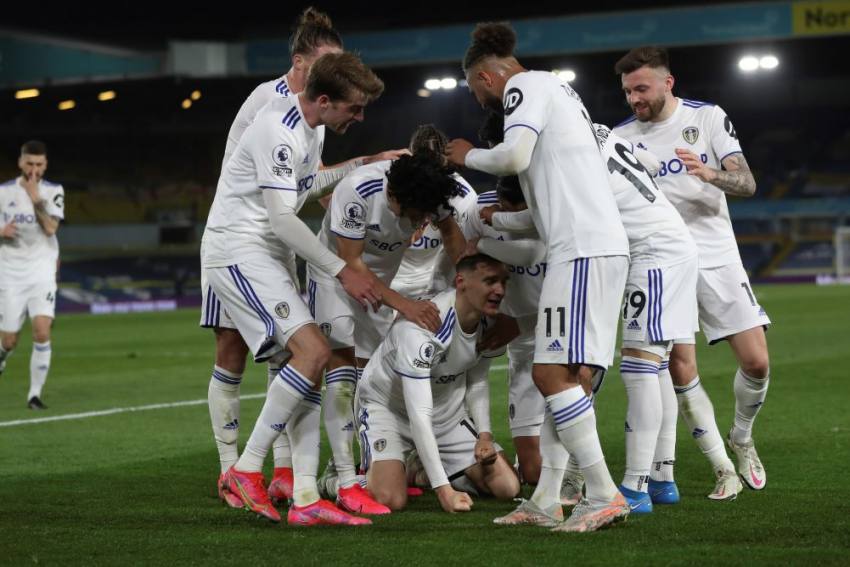 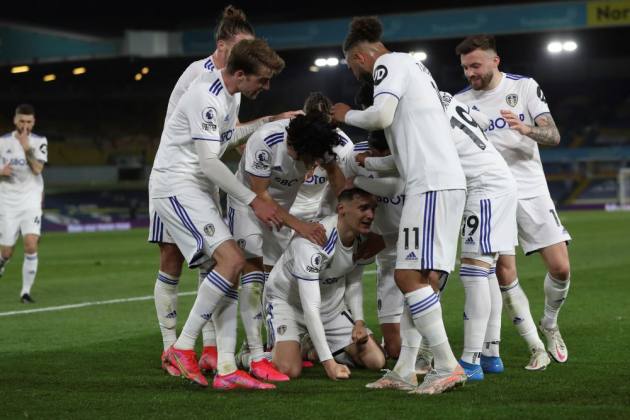 Diego Llorente headed home a late equaliser to give Leeds United a 1-1 draw and check Liverpool's Champions League qualification hopes – at least insofar as such an ambition can still be understood. (More Football News)

The build-up to Monday's clash was dominated by fallout from the announcement of a deeply controversial European Super League, of which Liverpool are set to be one of 12 founder members.

Jurgen Klopp restated his opposition to such a project before kick-off and, as Leeds fans protested outside the ground, their players warmed up in shirts demanding Liverpool "earn" a Champions League spot.

Mane's smart first-half finish did some of the work towards that aim but Spain defender Llorente notched his first Leeds goal three minutes from time to prevent the Reds from edging above West Ham on goal difference.

UEFA being on an apparent war footing against the dissident dozen means the Reds moving into the top four would have been moot development in any case.

Liverpool started on the front foot and Illan Meslier was at full stretch to tip over Thiago Alcantara's fifth-minute drive.

Kalvin Phillips struggled for his usual rhythm in the Leeds midfield but the England international snaffled a slack Fabinho pass to play in Patrick Bamford, who took a touch that allowed Alisson to dart off his line and save.

The visitors cashed in on that let-off with a sumptuous opener after half an hour.

Jota headed a corner narrowly over early in the second period and Meslier bravely threw himself towards a James Milner cross with Mane lurking but Leeds increasingly took the game to their opponents.

Klopp's unease over the course of contest was illustrated by Mohamed Salah being summoned from the bench in the 71st minute – shortly before Bamford crashed a dipping effort against the bar.

Alisson then denied Tyler Roberts at close quarters but, after Salah dragged wide, Liverpool were unable to hang on – Llorente applying the finish to Jack Harrison's superb corner from the left.

What does it mean? Bielsa's brilliant team make a mockery of Super League

"They are powerful because of what they produce but the rest of us are indispensable," Leeds boss Marcelo Bielsa said before the match when addressing the issue of the day. "What makes the competition great is the possibility for a weaker team to develop, not the big teams to play each other."

Leeds are living perfectly within Bielsa's vision right now, having completed a 2-1 heist at Manchester City last weekend before this deserved draw against the reigning Premier League champions. On Sunday, they host Manchester United and have the chance to land another blow that will be cheered by football fans everywhere.

If Spain are to be shorn of Barcelona, Real Madrid and Atletico Madrid players by UEFA, Llorente could become a very important figure for his country later this year. Here, he looked like a man ready to shoulder that burden – impeccable in possession with 85 out of 91 passes completed to keep Leeds smooth style on track after Liverpool's early assault. His four tackles and the eight times he gained possession were similarly team-highs, making the goal richly deserved.

Jota has been a superb addition to Liverpool, shining amid a difficult title defence and making a strong case to break up the Roberto Firmino-Mane-Salah forward line. However, the Portugal international was unsuccessful with five attempts at Elland Road, only hitting the target twice.

- Leeds have both scored and conceded 50 goals in the Premier League this season (32 games), with only Tottenham in 2007-08 doing so in fewer matches in a campaign in the competition (30).

- Eight of Alexander-Arnold's 31 Premier League assists for Liverpool have been for Mane, at least three more than he has provided for any other player.

Leeds have another mouth-watering encounter at Elland Road on Sunday when they host Ole Gunnar Solskjaer's United, with Liverpool welcoming Newcastle United to Anfield a day earlier.