Two-time Indian Premier League champions Kolkata Knight Riders have played with a renewed vigour in the UAE leg of IPL 2021. After winning just two matches out of the first seven, the Eoin Morgan-led side has come out with more intent to go the extra mile. (More Cricket News)

Kolkata Knight Riders have won six matches in UAE, including the Eliminator against Royal Challengers Bangalore on Monday ending Virat Kohli’s reign as captain without an IPL title.

KKR have peaked at the right time and will definitely fancy their chances when they take on Delhi Capitals in Qualifier 2 on Wednesday. The winners of KKR vs DC play Chennai Super Kings in the final on October 15.

Let’s take a look at the strengths and weaknesses of KKR in IPL 2021.

Remember Devdutt Padikkal’s emergence in Royal Challengers Bangalore colours in IPL 2020? The left-hander scored 400-plus runs for RCB last year and went on to play for India this year. Venkatesh Iyer is scripting a similar story at the top for KKR.

Also a left-hander, the Madhya Pradesh all-rounder has grabbed everyone’s eyeballs in IPL 2021 after making his debut in the UAE leg and has been a pillar in the KKR batting lineup.

Opening the batting with Shubman Gill, Venkatesh Iyer has set the tone for Eoin Morgan’s side scoring two half-centuries and two 30-plus scores so far. No doubt KKR will once again look up to Iyer on Wednesday when they take on Delhi Capitals in IPL 2021 Qualifier 2, a virtual semifinal.

New Zealander Lockie Ferguson has been an X-factor in the KKR pace battery, filling the void created by Pat Cummins. Known for his raw pace, the right-arm fast bowler has picked up 12 wickets in six games, with a best of 3/18 against Rajasthan Royals.

Ferguson has even clocked 150-plus on some occasions, foxing wicketkeeper Dinesh Karthik. Another bowler who is worth mentioning is mystery spinner Varun Chakravarthy. Picked in India’s T20 World Cup squad, the Tamil Nadu lad, in spite of a dodgy knee, has delivered every time he takes the field taking 16 wickets so far. 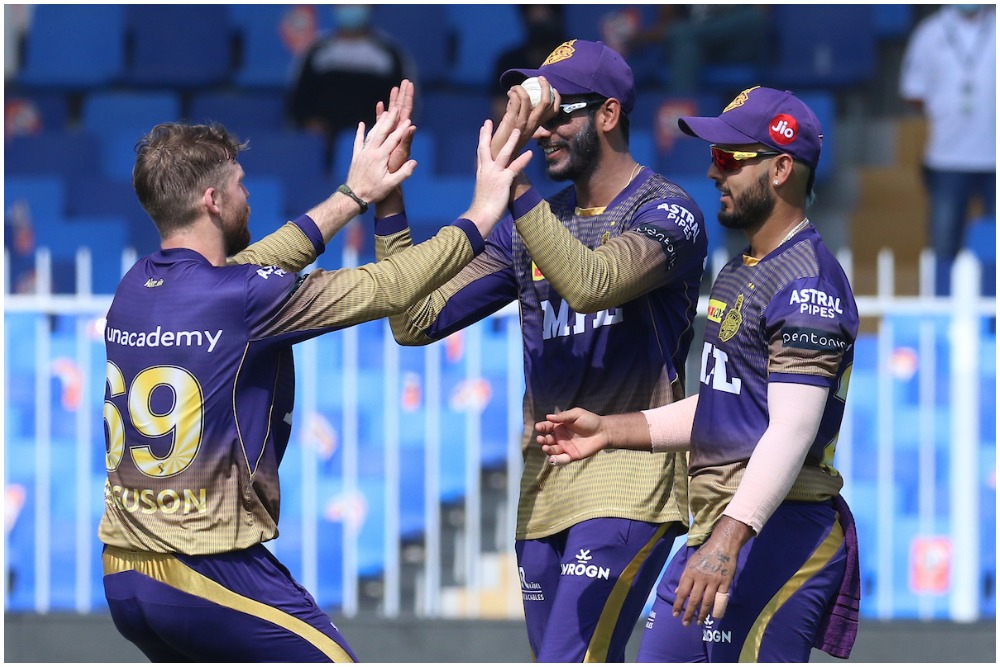 Before the restart of the IPL 2021 UAE leg, many had questioned Eoin Morgan’s captaincy. Kolkata Knight Riders had won just two games out of six in India when the tournament was stopped midway due to COVID breach in the bio-bubble.

Fast forward to UAE, KKR have turned into a completely new side with Morgan’s tactical acumen been appreciated by those who initially criticised the England captain. The 2019 World Cup-winning skipper’s apt bowling changes worked wonders in crucial junctures for KKR so far.

Like last year, KKR have been sloppy in the middle-order this season too. KKR skipper Eoin Morgan has struggled with the bat and has never found his feet in the batting line-up. In the last seven innings in UAE, Morgan scored 5*, 13*, 2*, 2, 0, 8 and 7 much to the disappointment of the fans and the team management. Another player that KKR will like to perform is Nitish Rana.

The left-handed Rana has been KKR’s backbone in the middle-order in the past and things haven’t gone well too with him. Unlike the previous years, when at least some runs from his bat were assured, Nitish Rana has failed to capitalise on the starts he has got with just two 30-plus scores this season in UAE. Former KKR skipper Dinesh Karthik is another non-performer with just 215 runs from 15 matches.

KKR have lacked a perfect finisher in this season of IPL. Andre Russell, who is seen as a finisher in the KKR batting lineup, just got three games in the UAE before being sidelined due to injury. However, Shakib Al Hasan has fitted into that role in the past couple of matches.

Had KKR gave Shakib more game time, things could have been different. However, in the eliminator against Royal Challengers Bangalore, West Indian Sunil Narine produced a stunning all-round show to win it for KKR. Will the same script repeat in Sharjah on Wednesday?

KKR have failed to provide Lockie Ferguson with a permanent pace partner who would give them early breakthroughs – a task that Harshal Patel did at RCB. While Prasidh Krishna started initially alongside Ferguson, the right-arm pacer was benched after he got a thrashing against Chennai Super Kings, including 22 runs in an over. Shivam Mavi replaced him since then.