This is India's second win over Thailand this year, having beaten the War Elephants in a group match of the AFC Asian Cup in the UAE in January. India finished third in the prestigious King's Cup tournament 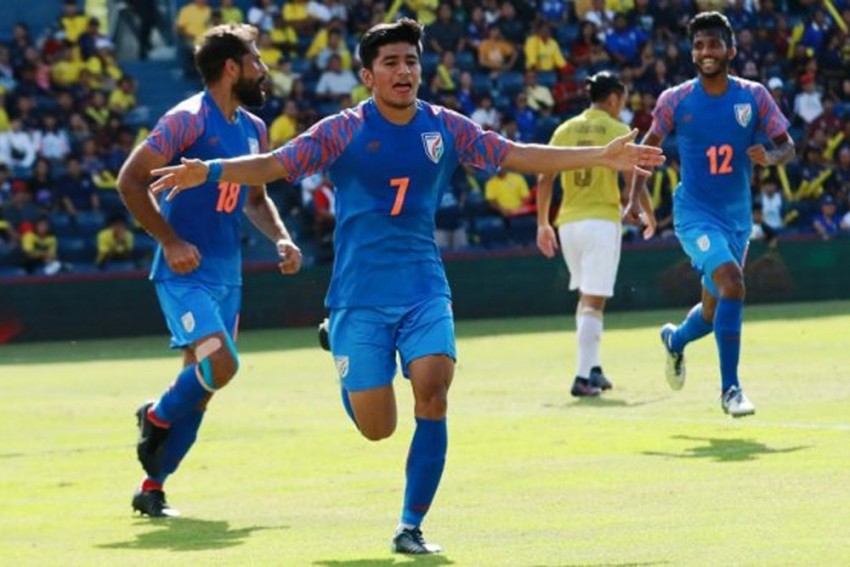 Stimac made as many as eight changes from the starting eleven which lost to Curacao 1-3 in their previous match on Wednesday with key players like Sunil Chhetri, Udanta Kumam and goalkeeper Gurpreet Singh Sandhu sitting at the bench.

Only Sandesh Jhingan, who led the side, Rahul Bheke and Subhasish Bose retained their places, but India still won the match through a 17th-minute strike from midfielder Anirudh Thapa in the third-place match at the Thunder Castle stadium.

This is India's second win over Thailand this year, having beaten the War Elephants in a group match of the AFC Asian Cup in the UAE in January.

Thapa, who had also scored in India's last meeting against Thailand in the Asian Cup, silenced the hostile home supporters with his goal in the 17th minute. Following a free-kick, Adil latched onto a loose clearance at the top of the Thai box, and played it delectably behind the defence line for Thapa to put India into the lead.

Adil, in fact, could have broken the deadlock in the sixth minute itself but his powerful header sailed over the crossbar.

In the 21st minute, Thai skipper Dangda's powerful back-volley found the target, but he was ruled offside. The hosts switched the gear after the half-hour mark but the Indian defenders, led by Jhingan, showed their resilience to keep them at bay.

Adil, who had an impressive match along with Thapa, denied the lethal duo of Terrasil and Tristan twice.

India had their best opportunity to double the lead at the stroke of the half-time. Adil played a long ball for Farukh who beat the offside trap, and ran onto the rival box. But as he hesitated and passed it to onrushing Balwant Singh, rival defender Theerathaon recovered in time to make the clearance.

Changing over, Thailand came out all guns blazing, but the Indians defended stubbornly.

Farukh came very close to scoring his first international goal in the 50th minute but his effort from 20 yards bounced off the post. On the rebound, Balwant's right-footed shot hit the side-netting.

In the 60th minute, Terrasil made a terrific attempt but Jhingan's timely block saved the situation.

Nine minutes later, Thai goalkeeper Siwarak misjudged Theerathon's backpass and could have ended up conceding an own-goal but the ball hit the goal post to save Thailand once again.

In the process of making a desperate clearance, defender Suphan Thongsong hurt himself, and had to be stretchered off.

Stimac introduced Manvir Singh, Jackichand Telem and Abdul Sahal in the second half. Within seconds of coming in, Sahal sprinted down at the heart of the pitch before passing the ball to Thapa, but the latter waited for that split extra second to allow the rival defence close it down.

Chamrasee, who came off the bench, could have broken Indian hearts in the 88th minute. But he mistimed the header off a curling free-kick. In the added time, Amrinder made a blinder of a save to deny Thai skipper Terrasil once again.