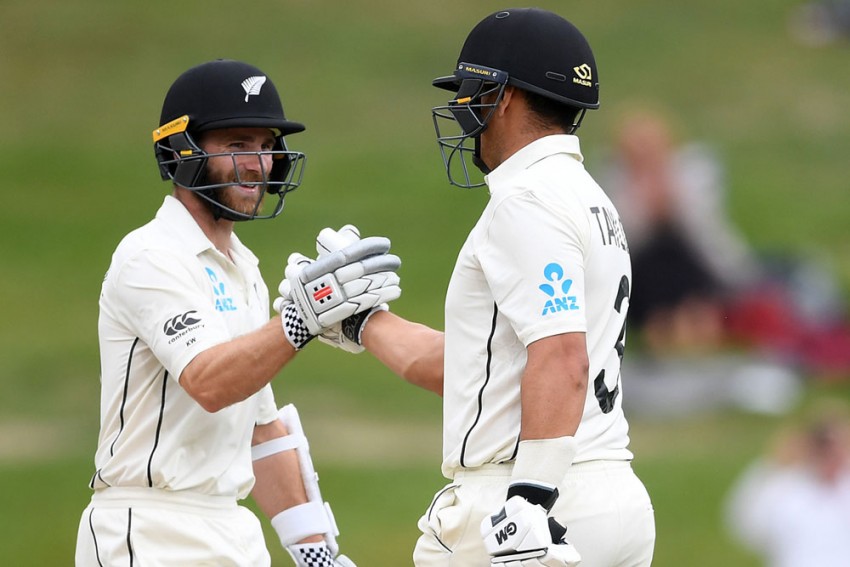 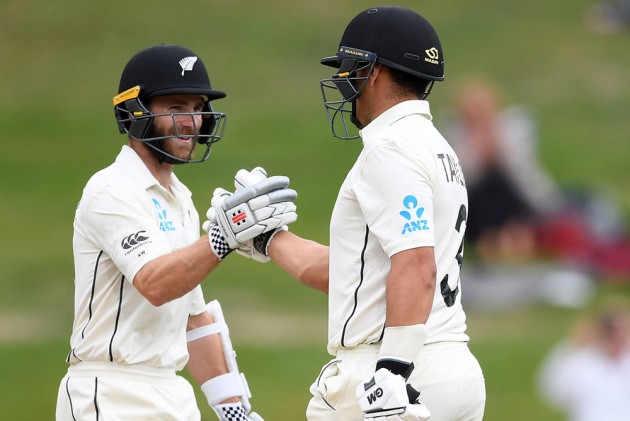 Kane Williamson and Ross Taylor scored centuries before the rain arrived as the second Test between New Zealand and England was drawn on Tuesday.

Williamson (104) and Taylor (105) were unbeaten when the weather stopped play in the second session on day five at Seddon Park in Hamilton.

England had their chances – Joe Denly dropped a simple catch in the opening session – but fell to a 1-0 series defeat.

40 - @BLACKCAPS duo Kane Williamson (21) and Ross Taylor (19) have a combined 40 Test centuries between them; however, this is the first time in their careers that they've both scored a century in the same Test innings in New Zealand. Intertwined.#NZvENG pic.twitter.com/Hiw5Y0mv7B

The flat Seddon Park pitch continued to offer little, but England did themselves no favours in their bid for an unlikely victory to begin day five.

Williamson was dropped on 39, Ollie Pope unable to hold onto a regulation catch down leg side off Ben Stokes (0-58).

Denly then put down an even easier chance when the New Zealand captain was on 62.

Jofra Archer (0-27) was already celebrating as Williamson poked a soft shot to Denly at midwicket, but the simple chance was dropped.