Cristiano Ronaldo scored a first-half double as Juventus ended a run of three games without a win by beating bottom side Crotone 3-0 to go third in Serie A. 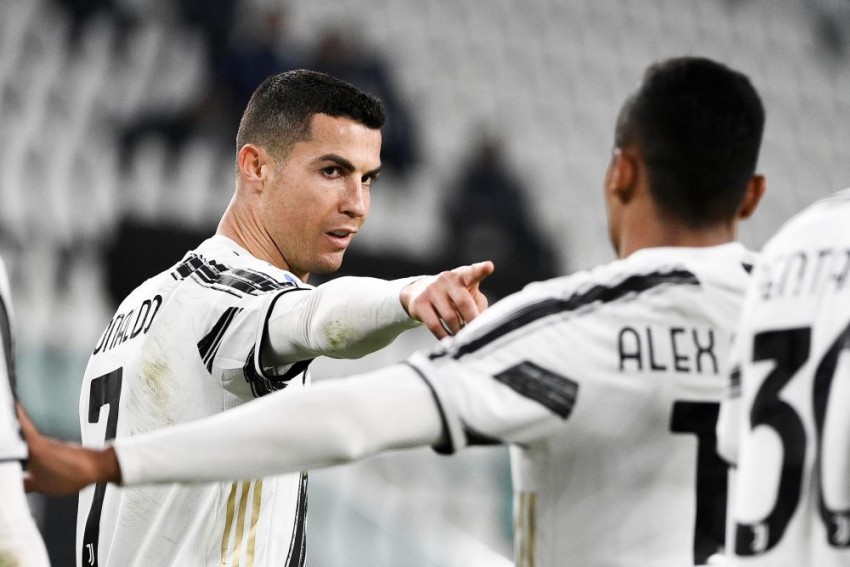 Juventus' Cristiano Ronaldo celebrates after scoring during the Serie A match against Crotone, at the Allianz Stadium in Turin, Italy on Monday.
Marco Alpozzi/LaPresse via AP
Omnisport 2021-02-23T08:46:20+05:30 Juventus 3-0 Crotone: Cristiano Ronaldo Scores Twice In Easy Serie A Win 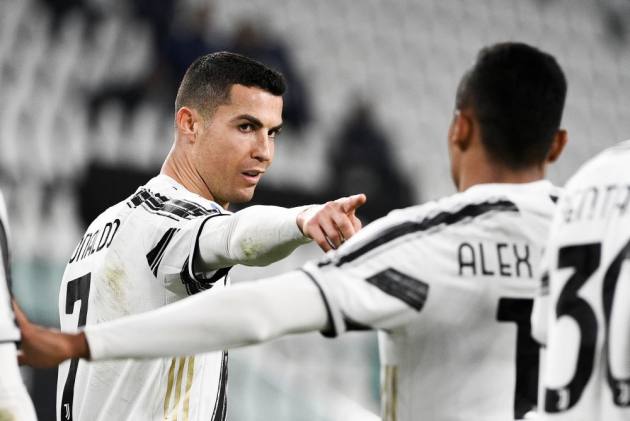 Cristiano Ronaldo scored a first-half double as Juventus ended a run of three games without a win by beating bottom side Crotone 3-0 to go third in Serie A. (More Football News)

Ronaldo had failed to find the back of the net in those three winless matches, but normal service was resumed as the prolific forward took his tally for the season to 25 goals at Allianz Stadium on Monday.

The Portugal captain headed home twice in the first half and should have had a hat-trick prior to the interval as Crotone were outclassed by the champions.

Weston McKennie added a third in the second half as Juve moved eight points behind leaders Inter with a game in hand, while Crotone look destined for relegation following a fifth consecutive defeat.

Ronaldo drilled a free-kick from just outside the penalty area into the wall and cut a frustrated figure once again when he failed hit the target from point-blank range after Alex Cordaz got a fingertip on Federico Chiesa's dangerous cross.

Matthijs de Ligt volleyed narrowly wide and Aaron Ramsey headed an inviting centre from the lively Chiesa against the crossbar before Ronaldo finally opened the scoring.

Ronaldo wanted a penalty when he felt Lisandro Magallan had upended him as he shot tamely wide of the near post before Gianluigi Buffon prevented Junior Messias from pulling a goal back.

Cordaz kept out Ronaldo’s drive with his feet, but he had no chance when McKennie rifled home a loose ball as Crotone failed to deal with a 66th-minute corner.

Ramsey should have added a fourth but the busy Cordaz saved with his feet again and Federico Bernardeschi fired just over the bar against his former club as Juve put sorry Crotone to the sword.

What does it mean? Juve repay faith shown by Pirlo

Head coach Andrea Pirlo said he was not concerned by the Bianconeri's mini slump after they were beaten 2-1 by Porto in the Champions League last time out.

There will be much bigger tests to come for the Turin giants, but seeing Ronaldo back in the goals and Juve move up three places from sixth shows Pirlo has reason to be optimistic.

The former Italy playmaker might wonder how Juve did not further boost their goal difference, though, as they cut fragile Crotone apart time and again.

Ronaldo closing in on 30-goal mark

Ronaldo had not scored since a 2-0 win over Roma on February 6 but demonstrated his aerial prowess to take his Serie A haul to 18 in another incredible season.

Crotone are the 78th different club he has scored against in Europe's 'top five leagues', a figure only Milan talisman Zlatan Ibrahimovic (79) has bettered since 2000.

The former Real Madrid forward had as many as 11 shots, four of which were on target, and will no doubt be kicking himself for failing to secure the match ball.

Crotone defender Magallan had a torrid evening as Juve launched wave after wave of dangerous attacks.

The on-loan Argentine won only 53.8 per cent of his 13 duels, while his three fouls conceded was more than any of his team-mates, with those situations inviting further unwanted pressure onto the visitors.

- Ronaldo has scored against each of the 18 current Serie A sides that he has faced in the competition. He has scored also netted 13 times in his past nine games against newly promoted teams.
- Ronaldo is the player who has scored the most multiple goals in the top five European Leagues this season (seven).
- Ronaldo has scored a headed brace in a league game for the first time since May 2015 when he did so for Real Madrid against Sevilla in LaLiga.
- McKennie (four goals) became Serie A's top-scoring American here, overtaking Michael Bradley (three).

Juve travel to Hellas Verona on Saturday looking to apply more pressure on Inter and Milan, while Crotone entertain fellow-strugglers Cagliari on Sunday.

Luis Suarez: Barcelona Told Me I Could No Longer Play At Top Level