Sadio Mane did not react well to being left out of Liverpool's team to face Manchester United, but Jurgen Klopp says they will clear the air. 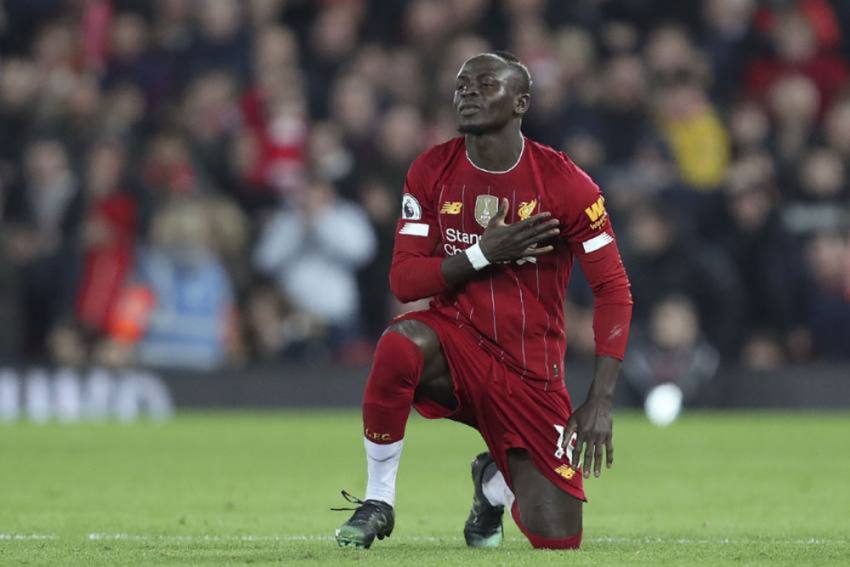 Sadio Mane was not happy that he had been dropped to the bench, heading for the tunnel with his back to Jurgen Klopp when the Liverpool boss went for a handshake on the pitch at full-time.
File Photo
Stats Perform 2021-05-14T21:54:07+05:30 Jurgen Klopp Plays Down Sadio Mane Handshake Snub At Old Trafford

Jurgen Klopp will talk to Sadio Mane about his post-match handshake snub at Old Trafford but the Liverpool boss says the incident is being blown out of proportion. (More Football News)

Mane was named among the substitutes for the Reds' clash with fierce rivals Manchester United on Thursday and replaced Diogo Jota in the second half of a 4-2 Premier League win.

The Senegal forward was clearly not impressed that he had been dropped to the bench, heading for the tunnel with his back to Klopp when the Liverpool boss went for a handshake on the pitch at full-time.

Klopp revealed that he had not explained to the former Southampton man why he was not in the starting line-up prior to the match.

Head over to @LFCTV GO for plenty of brilliant #MUNLIV content

The German reiterated on Friday that he would speak to Mane but did not take the snub personally.

He said in a press conference ahead of Sunday's trip to West Brom: "I cannot make a bigger story of it as it is.

"Football is an emotional game and everybody expects us to control our emotions always. It doesn't work out always, that's the case. It happened to me as a player, it happened to other players when I was their coach.

"So far we've had no real chance to talk about it, but we will and everything will be fine. Do we want these things to happen? No, but it's not the first time in my life and I'm afraid to say it probably will not be the last time, so that's it."

Klopp added: "If somebody shows me respect five million times and one time not, what is more important?

"The world is in difficult situation where you make this one time bigger than necessary, that is unfortunately the case and I hope for you your boss will not forget if you one time don't show respect, that he then doesn't forget all the other stuff.

"I'm completely relaxed about it, if you would have seen me as a player what I did out of emotion, it was insane and I'm a completely normal guy. If nothing else, we will talk about it and it will be sorted."

Victory for Liverpool at The Hawthorns this weekend would leave them just a point behind fourth-placed Chelsea with two games to go in the battle for Champions League qualification.