Jurgen Klopp is unconcerned by speculation over Mohamed Salah's Liverpool future, insisting the Premier League's leading scorer is in a "really good shape".

Jurgen Klopp is unconcerned by speculation over Mohamed Salah's Liverpool future, insisting the Premier League's leading scorer is in a "really good shape".

Salah has been in superb form for the Premier League champions this season, scoring 13 times in the top flight.

Reports have emerged over the last week linking Salah with a move away from Liverpool, who he joined from Roma in 2017.

Salah's current deal – signed in 2018 – runs until 2023, though the 28-year-old has hinted he sees his next challenge as being away from Merseyside, telling Diario AS: "I think Madrid and Barcelona are two top clubs.

"Who knows what will happen in the future, but right now I am focused on winning the Premier League and the Champions League with Liverpool again. Of course I want to break records here and, I repeat, all the club records, but everything is in the hands of the club."

Salah's former Egypt team-mate Mohamed Aboutrika has claimed the forward, who recently surpassed Steven Gerrard as Liverpool's all-time leading scorer in the Champions League, has been unhappy at Anfield.

"I called Salah about his situation in Liverpool and he is upset, but that would never affect his performance on the field," Aboutrika told beIN SPORTS.

However, when pressed on Salah's situation ahead of Liverpool's home game against West Brom on Sunday, Klopp insisted there is nothing to suggest the player is unhappy.

"We never speak [in public] about [contracts], why should we start now? Mo is in a good mood, good moment, really good shape," Klopp told a news conference.

"Training – you would have seen him laughing a lot, he enjoyed the session, so that's good. All the rest is for sure nice for the media to write about but internally, nothing really. 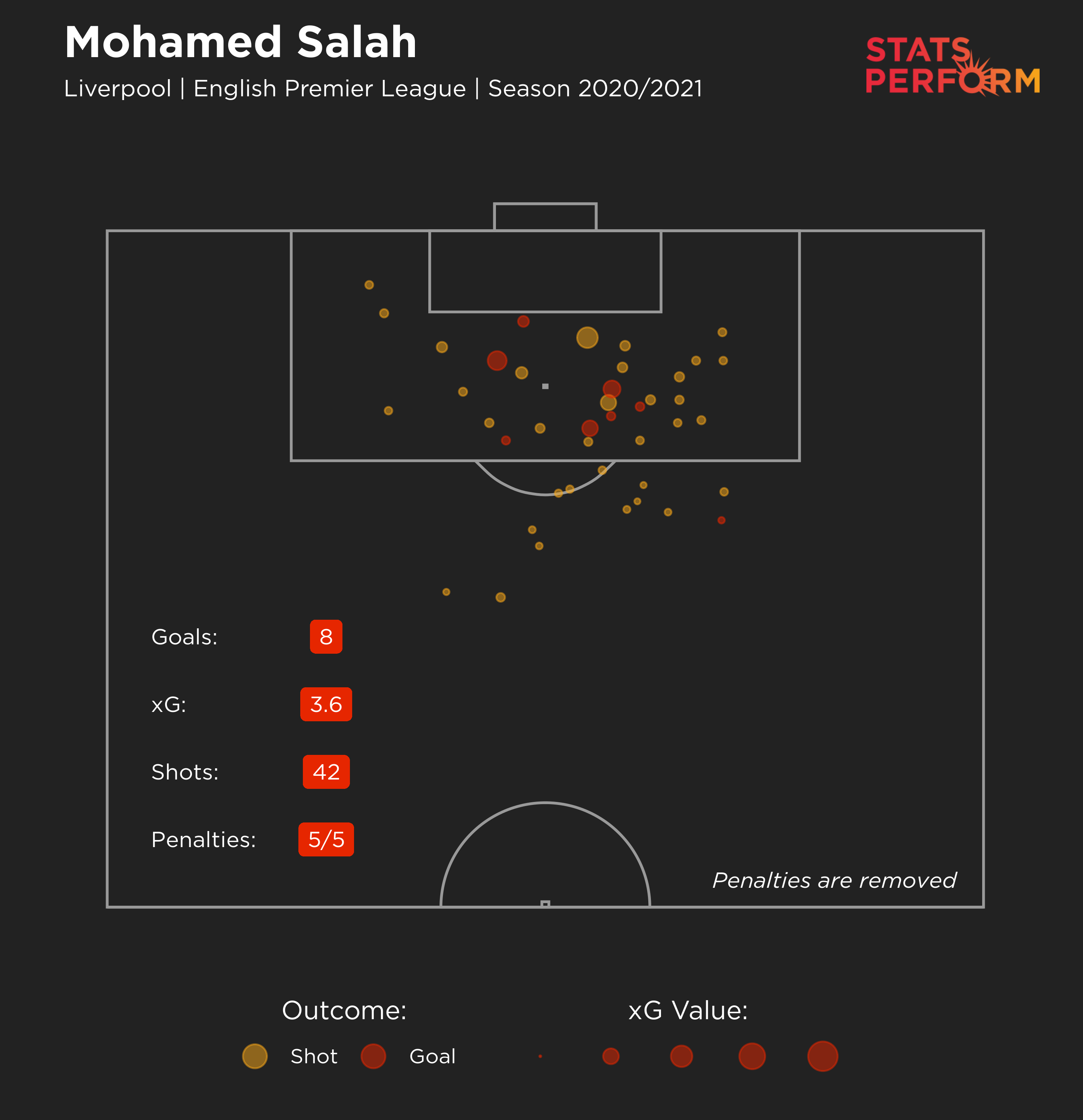 "He is [operating at a high level]. There's always things to talk about, he didn't start the last game [against Crystal Palace], all the things you heard after about the reason, then he came on and scored two.

"The toughest period of the season is now ahead of us. We have to make sure we get through this with the right results."

Salah's goals have propelled Liverpool to the top of the league, with 31 points – four clear of second-placed Leicester City.

The Reds are the first Premier League side to sit top of the tree at Christmas in three successive seasons, though Klopp – whose team failed to go on and win the title from the same position in 2018-19 – knows it is no guarantee of success.

"It obviously means you are not automatically champion, otherwise we would have won the league three times," Klopp said.

"It's the best position to be in but we will know how tough it will be. We have not yet played half of the season. It's nice, but it's nothing else.

"Two years ago when we didn’t win after being top of the table at Christmas, it was not about a lack of focus, it was about the quality of the opponents. This quality is still out there, so nothing really happened so far. We have to collect more points, that's what we try."

3 - With two goals and one assist, Mohamed Salah is the first substitute to be directly involved in three goals in a Premier League game for Liverpool. Relentless. pic.twitter.com/Nx26lnnXcE