Jose Mourinho Criticises Jurgen Klopp's Touchline Antics: For Some Reason, I Am Different 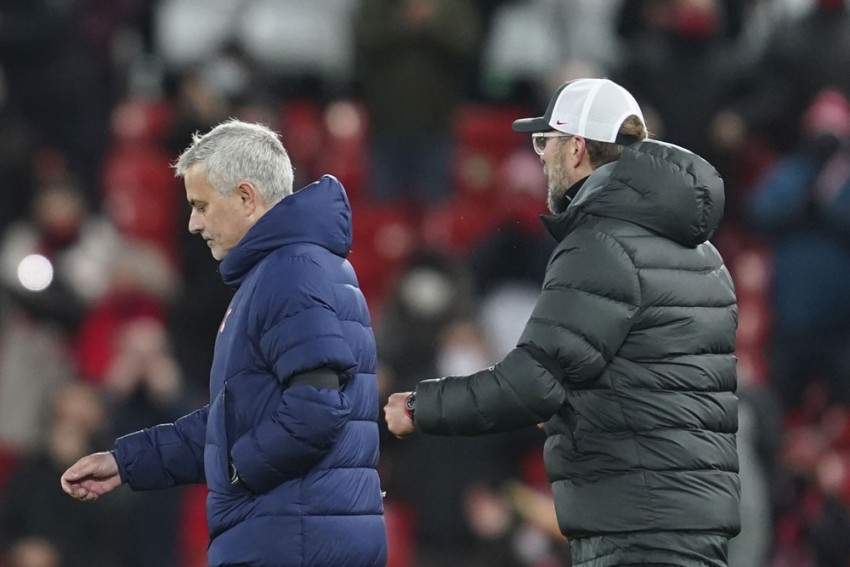 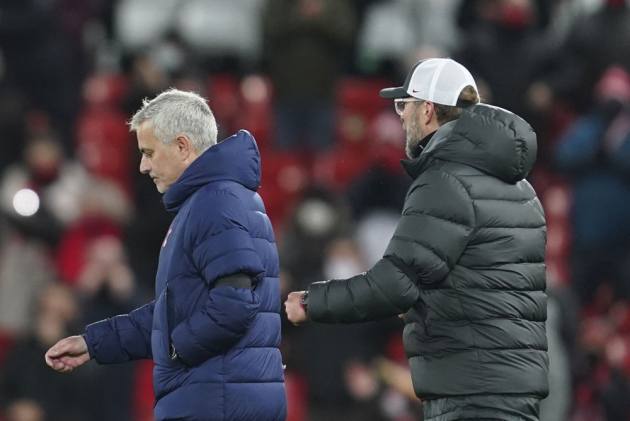 Jose Mourinho questioned why he is treated differently to other managers after revealing his irritation at Jurgen Klopp's touchline behaviour. (More Football News)

Klopp's Liverpool snatched a 2-1 victory over title rivals Tottenham on Wednesday to move three points clear at the top of the Premier League.

Liverpool, who controlled 76 per cent of the possession, had dominated the first half and taken a lead through Mohamed Salah's deflected strike, only for Son Heung-min's 99th Spurs goal to draw the visitors level against the run of play.

Though relying predominantly on counter-attacks, Spurs offered more attacking threat in the second half, mustering seven attempts compared to just one before the interval.

Steven Bergwijn missed two great opportunities, curling wide prior to hitting the post, while Harry Kane also headed over from six yards out.

Sadio Mane rattled the woodwork for Liverpool before the Reds' pressure finally told.

3 - Roberto Firmino's header was only the third 90th minute winning goal v Jose Mourinho in the Premier League, after Mark Viduka for Middlesbrough in August 2006 and Oussama Assaidi in December 2013 for Stoke City. Drama. pic.twitter.com/SjqT6gQhmL

It was a result which left Mourinho frustrated, telling Amazon Prime Sport "you can imagine how we feel" after "a great performance and a very unfair result".

The Tottenham coach went on to suggest Klopp – who appeared to berate the fourth official when only one minute of added time was signalled at the end of the first half – gets away with behaviour that he would not.

Asked what he had said to Klopp following a confrontation at full-time, Mourinho said: "I told him the best team lost. He disagreed but that's his opinion.

"By the way, if I behave the same way on the touchline as he does, I have no chance to stay there. I am out.

"That's animated? Or do you want me to take the table with the numbers from the fourth official's hands, to see what happens to me? I'm saying that, for some reason, I am different."

In an apparent miscommunication, Amazon Prime Sport's presenters suggested Mourinho had informed Klopp of his chagrin at the Liverpool manager's animated approach, though this was news to the German.

"Maybe my English is worse than I thought! I thought he said to me that the best team lost, and nothing about my behaviour on the touchline," said Klopp.

Mourinho has never won away against Klopp in six attempts in all competitions (D2 L4), with the Liverpool boss the manager he has faced the most on the road without ever tasting victory.