It's Real Madrid Vs Manchester City, Not Zidane Vs Guardiola: Zinedine Zidane 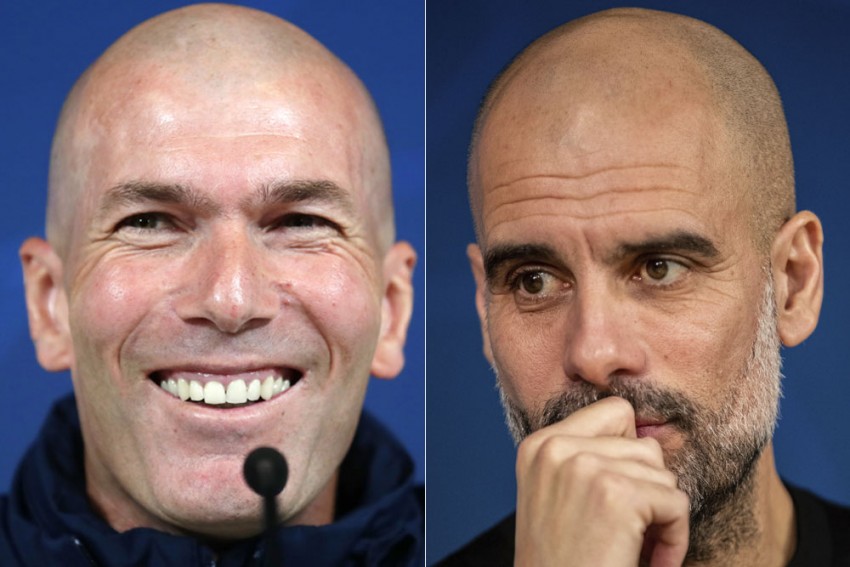 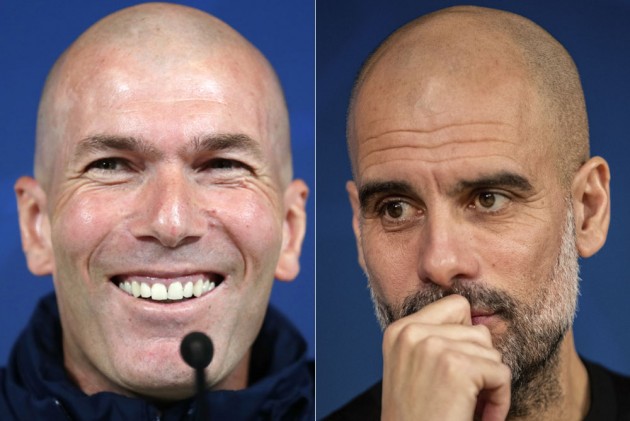 Zinedine Zidane hailed Pep Guardiola as the best coach in the world but insisted Real Madrid's clash with Manchester City is not a battle between the two men in the dugout. (More Football News)

Thursday's Champions League last-16 first leg at the Santiago Bernabeu will mark the first time the managerial pair have faced off in a competitive match.

Zidane has won the competition three times as Madrid boss, while the second and most recent of Guardiola's successes came at Barcelona nine years ago.

However, the Frenchman has labelled his counterpart as the best in the business ahead of the midweek clash.

"He's shown it at Barcelona, Bayern Munich and Man City," Zidane said at his pre-match news conference. "There are a lot of good coaches, but I think it's him [at the top].

"But it's Real Madrid v Manchester City, not Zidane vs Guardiola. What people want to see is a game of football between Madrid and City. It's an attractive game."

Madrid enter the match on the back of a disappointing run of domestic form that has seen them exit the Copa del Rey and relinquish top spot in La Liga.

By comparison, City have won back-to-back matches since being rocked by UEFA's announcement that they face a two-year ban from European competitions for breaching Financial Fair Play regulations – pending an appeal.

But Zidane has won all nine two-legged Champions League ties he has been involved in and has urged his players not to dwell on the recent defeats to Real Sociedad and Levante.

"We know the quality of the opponent that we're going to face," he said. "They're a very good team and they will come to play their way.

"What we have to do is play a very good match. We have to think about what we've been doing well and not focus on the two games with negative results we've had. We have to play well tomorrow.

"There are a lot of teams who like to have the ball. Every side you play against is always going to have certain strengths, and it's our job to cancel them out.

"City are a side with many strengths, including possession. But it's also about what we do - that's what we're interested in."