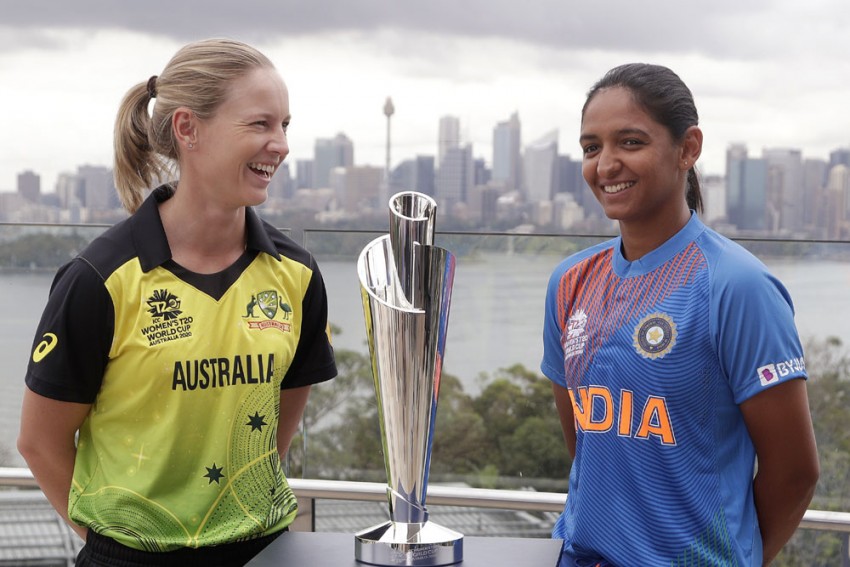 Cricket captains Meg Lanning of Australia, left, and Harmanpreet Kaur of India pose for a photo with the trophy ahead of the Women's T20 World Cup in Sydney, Monday, Feb. 17, 2020. The tournament begins with a game between Australia and India, Friday, Feb. 21.
AP Photo
IANS February 17, 2020 00:00 IST It's Going To Be Very Big If India Win ICC Women's T20 World Cup: Captain Harmanpreet Kaur 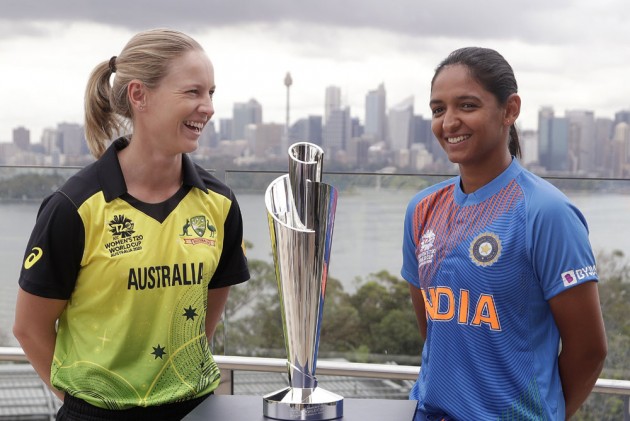 India captain Harmanpreet Kaur believes her team is growing "day by day" and are in a positive state of mind ahead of the T20 World Cup which gets underway this week. (More Cricket News)

India will begin their tournament campaign against defending champions Australia at the Sydney Showground Stadium on Friday and will aim to build on the performances which saw them reach the World Cup final in 2017 -- where they eventually lost to England at the iconic Lord's.

India have never managed to reach the final of the T20 World Cup and have been knocked out in the semi-finals thrice. In the last edition which was held in 2018 in the West Indies, they lost to 2009 champions England by eight wickets.

"Our team is growing day by day, everyone is looking so positive," Harmanpreet was quoted as saying by ICC on Monday morning. "It's going to be very big if we win, I was very surprised at all the reactions from 2017.

"My parents didn't tell me, they didn't want us to feel the pressure. If we win, it's going to be very big for us. We will try to give our best," she added.

Top-order batswoman Jemimah Rodrigues had earlier said that the tournament opener against Australia will be "one of the most important" games of her career.

"I think it will be one of the most important games in my career," Rodrigues said.

Australia captain Meg Lanning, on her part, said that her team is looking to get started in a once-in-a-lifetime opportunity to play in a home World Cup.

"We're looking forward to getting started, it's great that we get to reach out to all our fans across the country and they'll get the chance to see what will be an amazing tournament," Lanning said.

"We want to enjoy the experience of playing in front of friends and family.

"It's a once-in-a-career opportunity to play in a home World Cup, there is pressure and expectation in that but every team wants to win, as we do," she added.