Italy Vs Switzerland, Live Streaming: When And Where To Watch UEFA Euro 2020, Group A Match

Italy would eye yet another dominating win against Switzerland. Check out match details, team details and likely XIs here 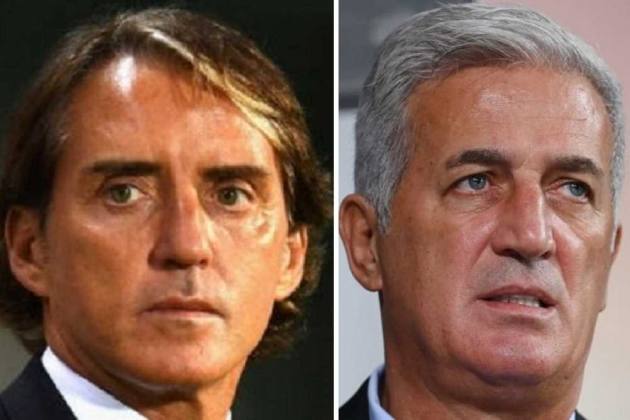 A 74-year-old chain-smoking Czech coach might have made just as much of an impact on this Italy squad as Roberto Mancini has.
Euro 2020 Primer | Italy Profile | Switzerland Profile | News

Ciro Immobile, Lorenzo Insigne and Marco Verratti each had breakout seasons under Zdenek Zeman in Serie B nearly a decade ago at Pescara, where they learned an attacking philosophy that they're currently employing at the European Championship.

Italy’s third goal in its 3-0 win over Turkey in the Euro 2020 tournament opener was a case in point, as Immobile hardly even looked when he slotted a pass between two defenders to set up Insigne for one of his preferred curled shots.

“I was reminded of how they understand each other on the field, how they can find each other with their eyes closed, how they speak the same language, how they move with and without the ball, which I hope and believe to have helped teach them,” Zeman said.

“The beauty of Immobile-Insigne is that they form a duo,” Zeman added in an editorial in the Gazzetta dello Sport. “They play together, one for another, they look for each other and find each other.”

Many of those goals were set up by an 18-year-old midfielder named Verratti, who after helping Pescara win Serie B and gain promotion bypassed Serie A and went directly to developing European powerhouse Paris Saint-Germain despite never before having played in a top division.

Having missed the game against Turkey as he works his way back from a right knee injury, Verratti is expected to take a spot on Italy's bench for Wednesday’s second Group A game against Switzerland.

Verratti showed that he was ready during a training match between Italy’s reserves and Pescara’s youth team on Saturday. He even wore a Pescara shirt for a portion of the scrimmage.

“We’ll decide tomorrow if he can go on the bench or wait until the next match but we’re very optimistic,” Mancini said of Verratti’s status.

Italy right back Alessandro Florenzi is out with a muscular issue and should be replaced by either Giovanni Di Lorenzo or Rafael Tolói.

If Turkey wins or draws against Wales earlier Wednesday, Italy could already wrap up first place in the group by beating Switzerland. At the very least, the Azzurri are hoping to secure a spot in the last 16.

Switzerland, meanwhile, needs points after drawing 1-1 with Wales in its opener.

Switzerland coach Vladimir Petkovic faces a question in attack, with substitute Mario Gavranovic having performed better in the final minutes against Wales than the man he replaced, Haris Seferovic, did during the rest of the match. One of them should line up alongside fellow striker Breel Embolo, who scored against Wales.

The game in Rome marks a homecoming of sorts for Petkovic, who led Lazio to a memorable win over Roma in an Italian Cup final at the Stadio Olimpico in 2013. Petkovic celebrated what remains his only elite trophy by taking hold of Lazio’s mascot, a live eagle named Olimpia, and prancing around the stadium.

Lazio fans still celebrate the 1-0 victory at every home match, cheering in the 71st minute to recall Senad Lulic’s goal from the game. Graffiti remains all over Rome that says simply, “Lulic 71.”

Petkovic might want to stop and show his squad an example of the graffiti for inspiration because it’s clearly going to require an inspired performance against an Italy squad that is unbeaten in 28 matches, has kept nine straight clean sheets and is playing at home.

While Mancini does employ a Zeman-like 4-3-3 lineup that often puts forth five attacking players at once, Italy is much more solid in defense than any Zeman team.

While Pescara scored a whopping 90 goals in 2011-12 with Immobile and Insigne leading the way — 30 more than any other squad in that Serie B season — it also conceded 55 in 42 matches. That's exactly how Zeman likes it in his all-out attacking system that leaves virtually nothing behind — which has been labeled “Zemanlandia.”

Italy, by contrast, has scored 82 goals and conceded only 14 in 33 games under Mancini.

Still, Zeman likes what he sees.

"I'm convinced that Italy can go very far," he said. “And while it's difficult to say exactly where they might end up, if they go far it will be a product of this choral play and the technical feeling of some of its (players)." (With inputs from AP)

Head-to-Head: Italy has 28 wins, while Switzerland have won 7