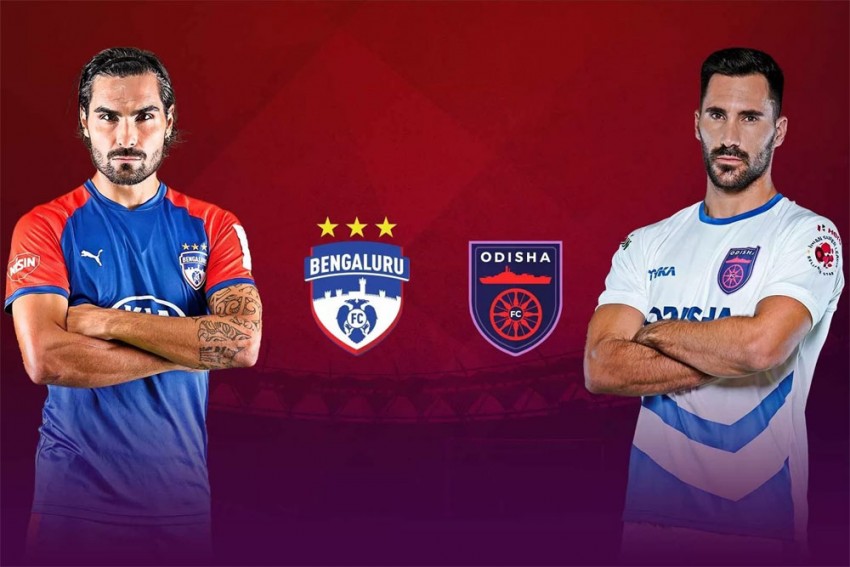 If Odisha triumph, they will become only the third club to win more than four successive matches in a Hero ISL season. Bengaluru and Chennaiyin are the other two.
Courtesy: ISL
PTI January 21, 2020 00:00 IST ISL: Top Spot Up For Grabs As Wounded Bengaluru FC Host High-Flying Odisha FC 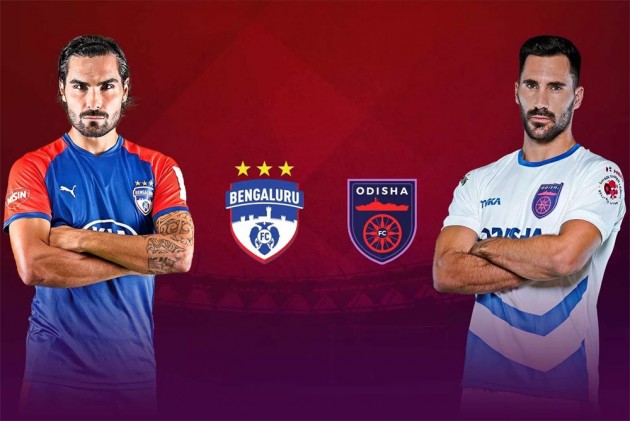 An intriguing duel is on the cards as Bengaluru FC face Odisha FC in an Indian Super League clash, at Sree Kanteerava Stadium, Bengaluru on Wednesday.

Bengaluru FC, the defending champions, are coming off a 2-0 defeat against Mumbai City FC and will be eager to get back to winning ways.

Odisha FC, on the other hand, are on a four-game winning streak which has established them firmly in the top four.

Interestingly, a win on Wednesday could see either side rise to the top of the table. Bengaluru, currently third on the table with 22 points, can leapfrog both FC Goa and ATK who have 24 points each, with a win.

Odisha, who have 21, can go level with Goa and ATK.

"In the last four games, we got four wins which is good. Tomorrow will be a difficult game as Bengaluru is a top team. One of the best teams in ISL. But we come with a lot of confidence as we are getting results. If we get a good result tomorrow, then we can get ahead of BFC. We will try to win," said Odisha coach Josep Gombau.

Carles Cuadrat's side have had a water-tight defence this season, conceding just nine goals in 13 games.

But the Spanish coach would not be happy after two defensive errors helped Mumbai City beat them in the last game. He will hope that was just an aberration. Moreover, at home, Bengaluru have conceded just four goals at home.

"We feel really down after the last game because there were a lot of things happening that can affect the mental situation of the team. Now is the moment for us to change the situation. When you do personal mistakes in a game, it affects one player and the rest of the team is in shock," said Cuadrat.

Another worry for Bengaluru will be their attack. Apart from Sunil Chhetri, who has scored eight goals, none of the forwards have put in meaningful contributions.

Ashique Kuruniyan and Udanta Singh have struggled for form and consistency. Udanta's form, especially, has dropped when compared to last season with just one goal to his name. In fact, Cuadrat has even dropped Udanta from the starting XI in the recent matches.

Bengaluru will hope strikers Manuel Onwu and Deshorn Brown come to the party and provide some support to Chhetri.

"Tomorrow's (Wednesday) match is a very important match. We only have 15 more points to play for and Odisha come here with very good momentum. We have also had very good performances at home, except the loss against Mumbai, so we will fight for three points again," said Cuadrat.

Odisha FC will be looking to cash in on their terrific form. They have scored eight goals and conceded just two in their last four games. If they win in Bengaluru and make it 5 consecutive wins, they will overtake FC Goa and become the team with the most consecutive wins in the ISL this season.

"Bengaluru manages a game very well. If they score first it will be difficult to come back. They do not concede many goals. I think they are playing more direct this time. But we will play our game. We won't change our gameplan," stated Gombau.

Aridane Santana and Xisco Hernandez have been key to Odisha’s revival. Santana, specifically, has scored nine goals this season and has risen to the top of the scoring charts. In fact, five of his goals have come in the last four games.

Three of their four wins have come at home in Bhubaneswar. Though their last win against Hyderabad came away from home, Josep Gombau will want his team to improve their away record. However, to beat Bengaluru in Bengaluru is a tough task, something only Mumbai City have been able to do this season.

Odisha do have a couple of concerns with Vinit Rai suspended and Nandhakumar Sekar injured but Gombau will hope the rest of the team step up against Bengaluru.