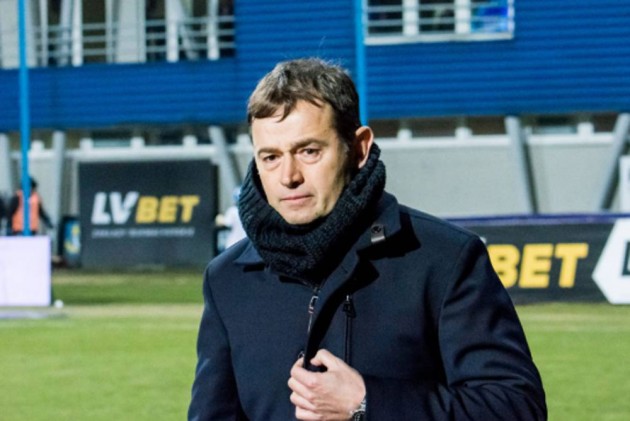 This came hours after the franchise announced that it has parted ways with Eelco Schattorie after one season at the helm of affairs.

"We are happy to announce that Kibu Vicuna will take over as head coach for the upcoming season!" Kerala Blasters said in a tweet.

Spain's Vicuna oversaw Mohun Bagan win the title with four rounds to spare. The league was suspended midway due to the COVID-19 pandemic and later had to be called off with Mohun Bagan declared champions.

Mohun Bagan have merged with ATK to enter the ISL from next season with Antonio Lopez Habas, who coached ATK to their record third title, in charge of the combined outfit.

Dutchman Schattorie was in charge of the Kochi-based outfit in the ISL 2019-20 and could only guide the club to a poor seventh-place finish.

"Kerala Blasters FC have parted ways with the Head Coach, Eelco Schattorie. We'd like to thank Eelco for his efforts and services during his tenure and wish him the best for the future," Kerala Blasters had tweeted earlier in the day.

The 48-year-old first landed on Indian shores when he took over Kolkata-based Prayag United back in 2012. He went on to win the IFA Shield and guided the team to a fourth-place finish in the I-League.

After serving as the head coach for Kolkata giants East Bengal for the 2015 season, he joined Avram Grant's NorthEast United set up for parts of the 2016 ISL season, before taking over as head coach for the 2018-19 campaign.

In his very first season as a head coach in the ISL, Schattorie showcased immense tactical guile and took Guwahati-based NorthEast United to the semi-finals for the first time since the club's inception, before being knocked out by eventual champions Bengaluru FC.

After leading the NorthEast United to their best-ever campaign in the club's history, Schattorie replaced Nelo Vingada as the Kerala Blasters head coach heading into ISL 2019-20.

The Dutchman, however, could not replicate the same success in Kerala which he had achieved with NorthEast United as several factors came into play.

A host of recurring injuries to key players, including a season-long one to stopper Sandesh Jhingan, severely handicapped Kerala's campaign as they finished seventh on the table with 19 points from 18 matches.

Despite not making the top four, Schattorie's Kerala side found a lot of admirers for their free-flowing attacking style of football.