The city of Kolkata will be divided into two parts when East Bengal and ATK Mohun Bagan lock horns in a mouth-watering Indian Super League (ISL) 2021-22 contest in Goa on Saturday. The East Bengal vs ATK Mohun Bagan clash starts at 7:30 PM IST at the Tilak Maidan in Vasco and can be watched live on TV and digital devices.

The Kolkata derby between the eternal rivals has always held a special place in the hearts of football-loving supporters of West Bengal spread across the world and Saturday will be no different.

Mohun Bagan, of course have joined hands with ATK and is owned by the RPG Group. Known as ATKMB, they continue to wear the clubs traditional green and maroon colours and continue to call themselves 'Mariners' in accordance with the club's logo of a boat.

The live streaming of the East Bengal vs ATK Mohun Bagan can be seen on Disney+ Plus Hotstar and Jio TV app.

Roy Krishna, who has been ATK Mohun Bagan’s talisman since his arrival in India, will once again be the centre of attraction on Saturday. 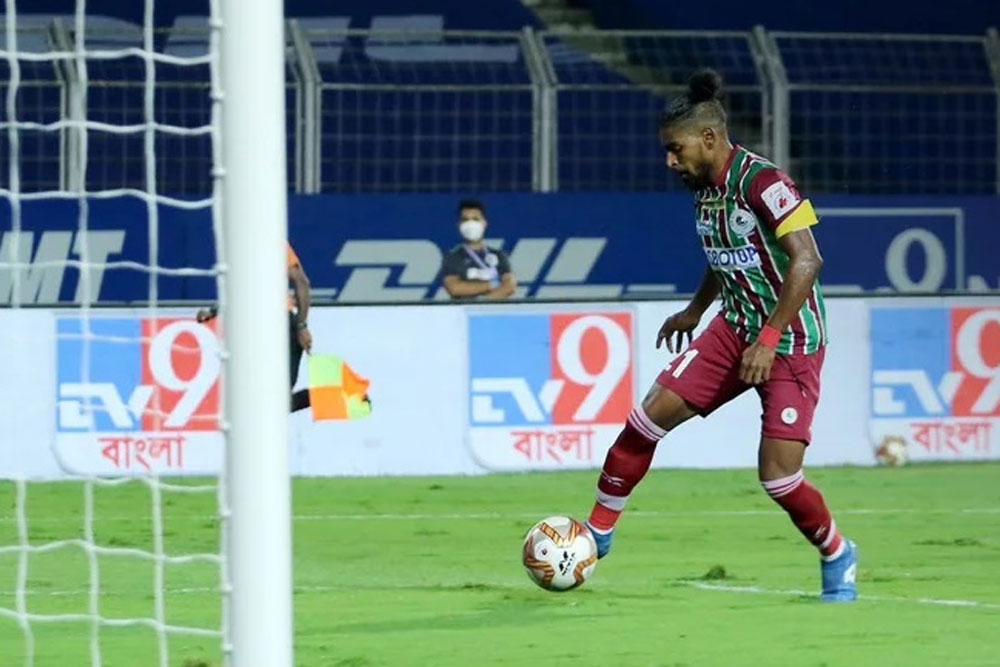 Mohun Bagan's Roy Krishna will be a major threat to the East Bengal defence. Photo: ISL

In the ISL, East Bengal and ATK Mohun Bagan met twice last season with Antonio Habas’ Mohun Bagan winning on both occasions, 2-0 and 3-1, respectively. The match was again played in Goa and fans had to watch live streaming. This time too ISL is being played in a bio-bubble in Goa.

Records in numbers (Stats include East Bengal and Mohun Bagan)

The rivalry between the two teams dates back to close to 100 years.

Saturday’s match will be the 380th time both the Kolkata giants will be meeting each other. To date, the Red and Golds (East Bengal) have won 132 times. Mohun Bagan won 122 games and 125 matches between the two teams ended in draws.

For East Bengal, the highest margin of victory over Mohun Bagan came in 1975 when the Red and Golds won 5-0 in the final of the IFA Shield. Mohun Bagan settled scores with a 5-3 win over East Bengal in an I-League clash in 2009.

Only two players have scored hat-tricks in the history of the Kolkata derby. Former India captain Bhaichung Bhutia scored the first hattrick in the Federation Cup 1997 semifinal which East Bengal won 4-1.

The second hat-trick came from Edeh Chidi in 2009 when the Nigerian scored four goals in Mohun Bagan’s 5-3 triumph in 2009 in I-League at the jam-packed Salt Lake Stadium.