Perosevic has represented the Croatian senior national team twice in 2017 and is East Bengal's sixth and final foreign signing. 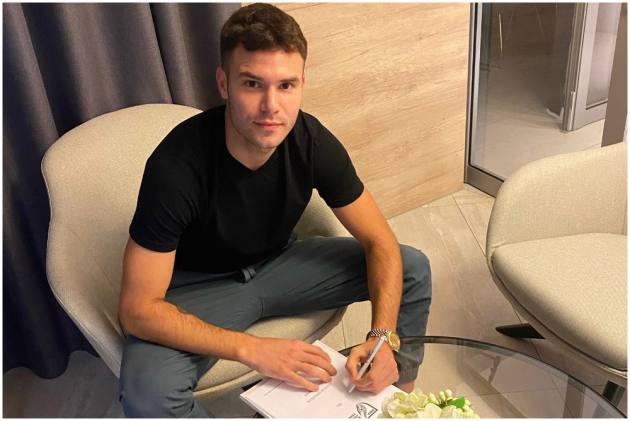 East Bengal on Thursday added teeth to their attack by acquiring the services of Croatia forward Antonio Peroševic on a one-year deal that will keep him at the club till the end of the Indian Super League 2021-22 season. (More Football News)

“India is an amazing country and I have heard a lot about how passionate people are about football here. Especially, SC East Bengal and its fan base are much talked about. I have read up on them and I can't wait to pull on the red and gold shirt,” said Perosevic after putting pen-to-paper for East Bengal.

Perosevic has represented the Croatian senior national team in 2017, being capped twice. “I will look to help the team in whatever way I can and maintain the team spirit. I know the history attached to this club and I will do my best to uphold its legacy,” he added.

Perosevic started playing for the youth team of his hometown club Osijek in 2010. He made his senior team debut as a late substitute in a 2–0 win against Cibalia in the last round of 2009–10 season. Peroševic finished as Osijek's top league goalscorer with seven goals in the 2011–12 season.

Perosevic moved abroad after a successful spell at Osijek, turning out for Hungarian club Puskás Akadémia in 2017 before moving to Al-Ittihad Kalba SC in the United Arab Emirates (UAE) on loan the following season.

“I have had a good conversation with the management and I am really looking forward to the new adventure. I am looking forward to meeting the coaching staff and all my teammates. I have also heard about the big derby against ATK Mohun Bagan, and that kind of game further motivates a player,” Perosevic told the East Bengal website.

East Bengal will face Jamshedpur FC in their opening game of the ISL 2021-22 on November 21 at the Tilak Maidan Stadium.