Bandovic, whose last assignment was with Thai club Buriram United, said he needed to adapt to India and Indian football. He will learn with his stay in India. 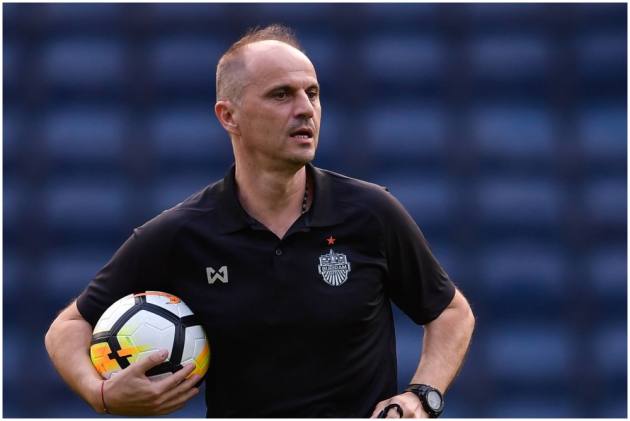 “As a coach, I don’t agree with long pre-season. I think eight weeks are enough to make them run for 90 minutes and be refreshed at the same time. We start the work every day on zoom call,” Bandovic said during a virtual media interaction.

“We start training on September 26. I spoke to the club about having 6-7 friendly games but we will inform you when we will complete all the dates because it’s a difficult situation. We need to see which teams are free and when it’s good for them and us to play friendly matches.”

The man from Montenegro said the team had a ‘good mix of youth and experience and also some domestic players who play for the national team’. “We have a good team and now we have to work hard. I believe that we need to make coordination between the players and to make them play in their preferred position so that they can give their best for the team,” he added.

To a question about last season during which CFC finished eighth in the league stage, Bandovic said, “I cannot speak about the last season. Looking at the numbers, the team did not score many goals. I believe that these (foreign) players can score the goals. We will try to work to make the change. It’s not important who scores the goal. I want the team to win. I believe that we will be better this season,” he added.

On the new foreign signings, the Chennaiyin FC coach said they will have a positive influence on the domestic players and help them improve. “They are new to the league. I know that they have the quality. We choose the players who have the personality. The foreigners need to make a difference immediately on the field. We will make a good group.

He further said all the players were in Goa save for Hungarian -midfielder Vladimir Koman, who was expected to arrive on Wednesday and added that there were no injury worries for the team. “All players are here...Koman will arrive tomorrow.. (Goalkeeper) Samik Mitra has some problem – flu.. He will be with us in a couple of days.

(Lallianzuala) Chhangte is 99 per cent. He only has a small problem. He will need only two days to be fully fit,” the CFC coach added. Local midfielder Dhanpal Ganesh has not joined the pre-season camp so far.

Bandovic, who recently worked with Thai club Buriram United, said he needed to adapt to India and Indian football. “The people around me are very good. I will learn more as days go by. This club should be in the top four. This is a team that has won two championships.

“I looked at the games of our team from last season. I chose the players after looking at them. The club signed the players that I proposed. I looked at players who are best of the team,” he concluded.