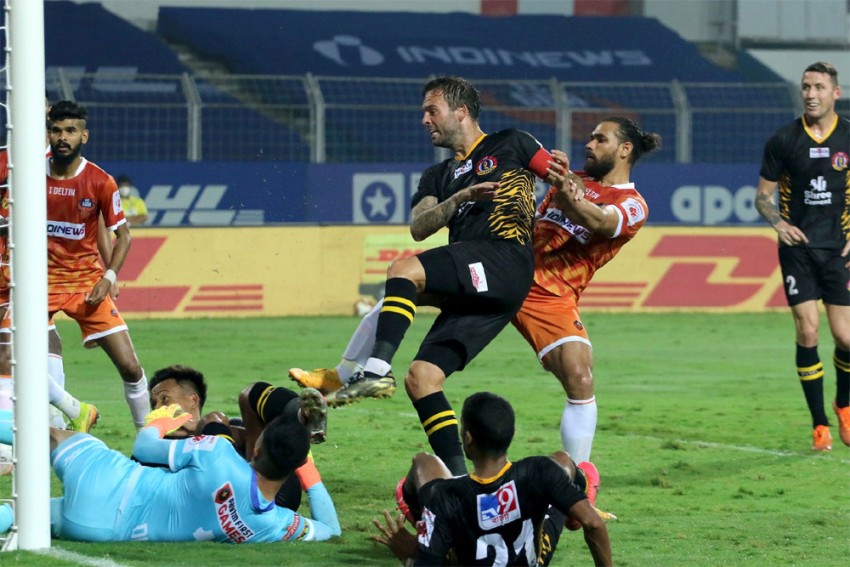 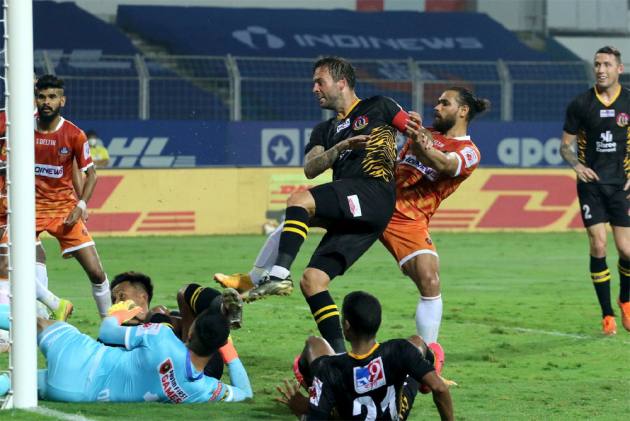 SC East Bengal staged a thrilling comeback as they pressed a 10-men FC Goa but the Gaurs denied inroads, finally closing a 1-1 draw in the 75th match of Indian Super League (ISL) 2020-21 at the Fatorda Stadium, in Goa on Friday. (More Football News)

The Gaurs went up ahead through Igor Angulo's 39th-minute goal but his strike was neutralised by SCEB skipper Daniel Fox (65'), who netted his first ISL goal.

The first half was an open-ended affair with chances being created at both ends. However, Goa went into the break with a one-goal advantage after punishing SCEB for a defensive error.

There was drama early on after SCEB were awarded a controversial penalty in the second minute. The referee pointed to the spot after Narayan Das was tripped by Mohamed Ali. Anthony Pilkington stepped up to take the penalty and sent Goa keeper Dheeraj Singh the wrong way but blasted his effort wide.

Goa tried to make inroads after surviving the early scare but missed their chances. Meanwhile, SCEB grew into the game as it progressed, applying constant pressure on the Goa backline but weren't clinical in the final third.

The Gaurs came close to increasing their advantage during the closing stages of the first half through a free-kick. Jorge Ortiz Mendoza curled the ball towards the top corner but SCEB keeper Debjit Majumder displayed great awareness by managing to get a finger-tip save, which brushed the crossbar before going out.

After missing chances early on, a defensive lap from SCEB handed Goa the lead. Princeton Rebello won the ball in midfield and found Alberto Noguera, who played a sublime through ball for Angulo in the box. The Spaniard rounded off Majumder before slotting into an empty net, extending his lead at the top of the goal-scoring charts.

The second half belonged to SCEB. It was another defensive mistake that ended up in a goal, this time in favour of SCEB after Bright Enobakhare won a free-kick. Pilkington fired a low cross into the box and Dheeraj fluffed his lines, allowing Fox to pounce on the loose ball and blast home from close range.

There was more misery for Goa moments later after Edu Bedia was sent off for a second yellow card after the hour mark. With a numerical advantage on their side, SCEB piled pressure on Goa. They fashioned a great chance during the 74th minute but Dheeraj produced a fine save to keep Goa alive.

Das whipped a cross into the box for Harmanpreet Singh, who aimed a shot at the keeper with just one touch from close range. However, Dheeraj was alert and got a hand to the shot.

SCEB threw the kitchen sink during the dying stages but the Gaurs held firm.