Panagiotis Triadis opened the scoring for NorthEast United only to see Mumbai City fought back with two goals from Amine Chermiti, then Asamoah Gyan restored parity for the Highlanders before the break as both teams settled for a point in their Indian Super League (ISL) 2019-20 encounter 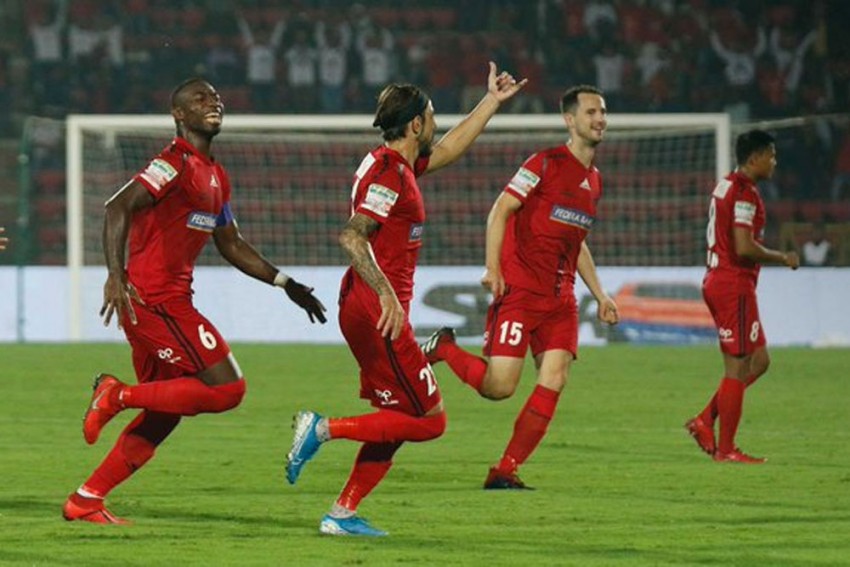 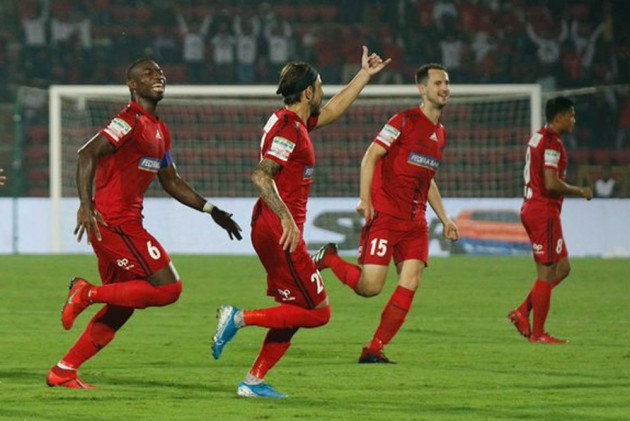 A first-half goal-fest saw NorthEast United FC and Mumbai City FC played out a 2-2 draw in the 25th match of the Indian Super League (ISL) 2019-20 at Guwahati on Wednesday.

Panagiotis Triadis (9th minute) opened the scoring for the home side before Mumbai City fought back with two goals from Amine Chermiti (23rd and 32nd).

Asamoah Gyan (42nd) then restored parity for the Highlanders before the break as both teams settled for a point.

NorthEast United started the game on a positive note and got off the mark as early as the ninth minute. Sauvik Chakrabarti failed to clear the ball from a Rakesh Pradhan throw-in and gifted the ball to Triadis, who unleashed a stunning strike from the edge of the box which left Amrinder Singh with no chance.

Mumbai upped the ante and started creating a few chances after going behind. The increased tempo paid off in the 23rd minute. Mohammed Larbi released Modou Sougou down the right flank and the striker's accurate cross into the box from the right was tapped into the net from six yards out by Amine Chermiti.

The visitors soon scored another, taking advantage of lacklustre defending. Paulo Machado's free-kick from the deep fell to Nim Dorjee who struggled to clear the ball, thereby allowing Chermiti to pull off a scissor-kick and send the ball into the net.

The contest remained action-packed when Gyan equalised for NorthEast United just before the break. From a quick counter, Martin Chaves played Gyan through and the Ghanaian, after using clever feet to beat two defenders, slotted past Amrinder to make it 2-2.

Mumbai continued their aggressive approach after the break and could have gone ahead again, if not for a crucial touch by Mislav Komorski after the hour mark. Larbi dribbled forward and found Diego Carlos free in the centre with a cut-back. The Brazilian forward lashed at the ball, but his strike fizzed past the post following a deflection.

Mumbai looked more likely to score as the half wore on but lacked an end product.

At the other end, Gyan's firm shot from a quick break was well saved by the Mumbai goalkeeper, keeping the scoreline intact.

Amrinder Singh nearly cost his team a goal when he fumbled with the ball while trying to collect a straightforward free-kick from the deep, but the hosts failed to punish the goalkeeper for his mistake and sent the loose ball over the bar.

Minutes later, Triadis received the ball inside the box on the left and crossed towards the other side of the goal where substitute Maximiliano Barriero failed to connect a close-range header with just the goalkeeper to beat.