FC Goa dominated the proceedings for most part of the match but both teams struggled to create clear-cut chances before second-half substitute Manvir Singh (68th) headed in the decisive goal against Hyderabad FC. 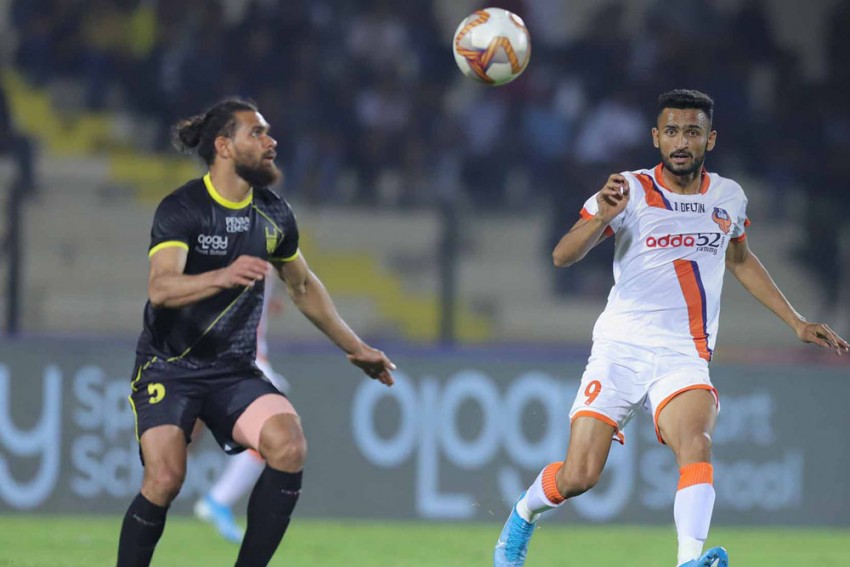 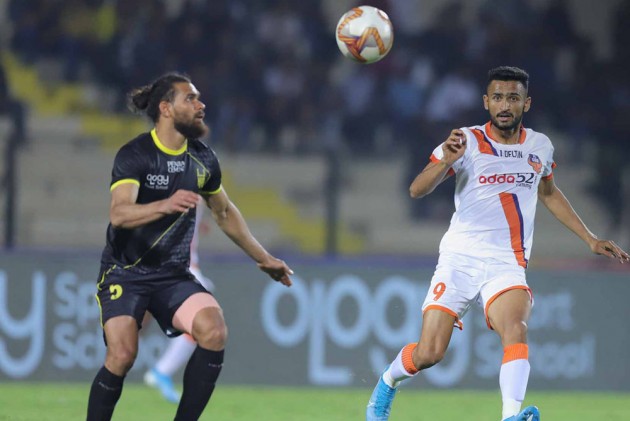 Manvir Singh came off the bench to score the match-winner as FC Goa beat Hyderabad FC 1-0 in an Indian Super League clash on Sunday.

FC Goa dominated the proceedings for most part of the match but both teams struggled to create clear-cut chances before second-half substitute Manvir (68th) headed in the decisive goal.

With the crucial three points away from home, Sergio Lobera's side climbed back into the top four after securing their first win in three games. They are now third with 12 points from seven matches.

Hyderabad remain winless in four matches and are at the bottom of the table with four points.

The home side started on a positive note with an intent to take an early lead. Marko Stankovic's shot from inside the box was blocked away for a corner in the sixth minute. From the resulting corner swung in by Marcelinho, Rafael Gomez headed wide from six yards.

The momentum soon took a hit when Stankovic went down clutching his hamstring and had to be replaced by Giles Barnes.

The change in midfield allowed FC Goa to take control and keep the ball unopposed. Ahmed Jahouh's pile driver from outside the box went just wide of Kamaljit Singh's post as the home team's defence was kept on their toes.

At the other end, Hyderabad had a rare sight of opposition goal when a misguided clearance by Mohammed Nawaz fell for Mohammed Yasir who then forwarded the ball to Bobo. The Brazilian fed Marcelinho into the box and the talisman's powerful strike was saved well by the Goa custodian.

The search for the opening goal continued after the break and FC Goa dominated proceedings. Brandon Fernandes and Hugo Boumous combined well on the left flank before the latter was set free brilliantly by the India international. Boumous chose to go for goal on his own, but shot straight at Kamaljit.

The Hyderabad defence was finally broken after the hour mark and it was second-half substitute Manvir who made an impact from a corner-kick.

In the 68th minute, Brandon delivered the set-piece into the box for the Indian striker who beat Adil Khan in the air to head the ball into the net.

FC Goa were more confident in possession and denied Hyderabad a way back into the game in the final few minutes. Boumous and Manvir had attempts on goal that were kept out by Kamaljit but the damage had already been done.